Now give me €45 MEEELLION to make up for it 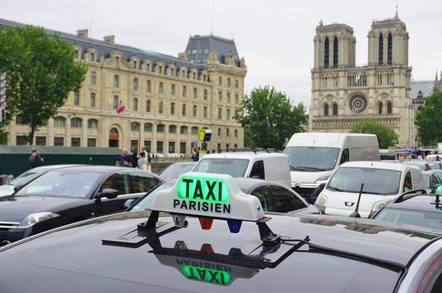 A French businessman is suing Uber for a ridiculous amount of money, with the claim that the dial-a-ride app cost him his marriage.

The unnamed monsieur, from the Côte d'Azur in southern France, says he borrowed his wife's iPhone to order an Uber ride. Although he claims to have logged out of the app, his wife still got messages whenever he used Uber and the communiqués convinced her that he was having an affair.

Now the fella is on the warpath and has filed suit against San Francisco-based Uber, claiming damages of €45m ($48m, £38m). That seems a lot, but Uber's not too popular in France for a variety of reasons, and the lift-hailing app maker could be hit with a big legal bill if the case is proved.

The testing showed that the app would post up details of the time the Uber service was used by a locked down account, but not the geolocation data of where the trip went. It's possible that the timing of the Uber trips aroused suspicion that the husband was enjoying a cinq à sept, a French term for a lover you see after work but before going home to the wife and kids.

"Uber does not publicly comment on individual cases, including the case of divorce proceedings between spouses," Uber France told Le Figaro. Uber in the US has yet to respond to a request for comment.

Nevertheless, €45m does seem like a ludicrously large amount of money for a slightly dodgy app. Unless this is an enormously rich businessperson who lost a lot in the divorce, it's a difficult sum to justify.

One thing is for certain, the man will be taking taxis from here on in. ®