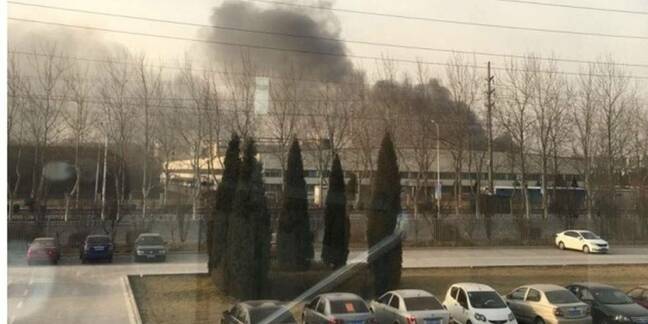 The factory tasked with producing and later recycling the batteries for the self-detonating Samsung Galaxy Note 7 has itself fallen victim to a fire.

Defective batteries and other faulty hardware stored in a recycling center went up in smoke at the Samsung SDI facility in Wuqing, Tianjin, in China. No injuries were reported, although environmental protection workers have been called in to monitor air quality. The plant is snuggled in a suburban area. Some 19 fire engines and more than 110 firefighters turned up shortly after 6am to tackle the flames, we're told.

Apparently, the fire occurred in an area dedicated to housing waste and defective batteries marked for recycling. The rest of the factory, including its production lines, was not significantly damaged and normal operations will resume.

Samsung SDI is the South Korean giant's dedicated battery and energy offshoot. The company produces the batteries for Samsung's own devices as well as battery packs for electric vehicles and power storage products for industrial use.

The Tianjin factory is one of two that had manufactured the ill-fated battery pack for the Note 7 phablet. Shortly after release, the battery pack was found to be prone to exploding without warning.

Samsung was eventually forced to issue a complete global recall of the Note 7, culminating in a forced bricking in December for any phablets not yet returned. The recall ended up costing Samsung billions of dollars in recall costs and lost sales.

The cause of the exploding packs was eventually pinned on a combination of poor design and rushed assembly that resulted in widespread defects and failed safety measures.

For those keeping track, Samsung has now seen its phones, washing machines, financial losses, and factories all explode in various ways. Also execs were caught in a massive corruption scandal. ®