RethinkDB is dead? Rethink that thought: NoSQL database is back

Code gets a lifeline, a new home at the Linux Foundation, and a new open-source license 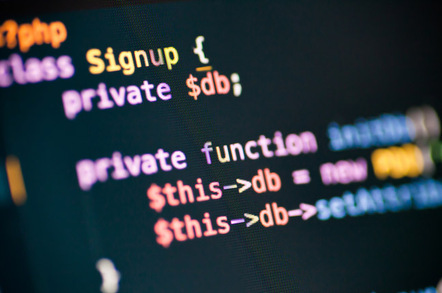 RethinkDB has bounced back from the passing of its corporate parent last year to land under the protection of The Linux Foundation and a more business-friendly software license.

The Cloud Native Computing Foundation on Monday said it had purchased the source code for the RethinkDB database and relicensed it under the Apache License, Version 2.0 (ASLv2).

CNCF shelled out $25,000 to acquire the copyright and assets of RethinkDB and offer the code under new terms. Organizations using the database include GM, NASA, and the US Defense Department.

RethinkDB is a NoSQL database that vies for attention among the likes of Cassandra, MongoDB, and Redis. It was previously licensed under the AGPL, a decision that appears to have played a significant role in the shutdown of RethinkDB, Inc., last year.

The GNU Affero General Public License, Version 3 (AGPLv3) troubles companies offering cloud services like Google because it requires code used in a web service to be released as open source and because it has potential patent licensing implications, too.

Bryan Cantrill, CTO of Joyent, has referred to the AGPL as "toxic." In a blog post on Joyent's website, he reiterated his disdain for "the anathema that is the AGPL" and blamed the demise of RethinkDB, Inc., on the commercial consequences of the license.

The AGPL does have defenders. In response to a critique of the AGPL several years ago, Josh Berkus, community lead for Project Atomic at Red Hat, said that the license could help protect a low-budget open source project from being taken by a larger, predatory company and offered as a closed online service.

Slava Akhmechet, cofounder of RethinkDB, expressed skepticism that RethinkDB's commercial failure can be attributed to the AGPL.

"The argument strikes me as entirely pedantic – plenty of companies that claimed to ban AGPL run vanilla Mongo because it's a useful project, and the creditor has no legal course (nor incentive) to hurt the open-source project," he explained in a thread on GitHub. "The Sword of Damocles only exists in the minds of a small but vocal minority."

Now working at Stripe, Akhmechet offered a different interpretation of his company's failure: "We picked a terrible market and optimized the product for the wrong metrics of goodness," he said in a lengthy post-mortem.

Whatever took down the company, its open source database has another chance to sink or swim under its own merits, with a little help from its community of fans. ®