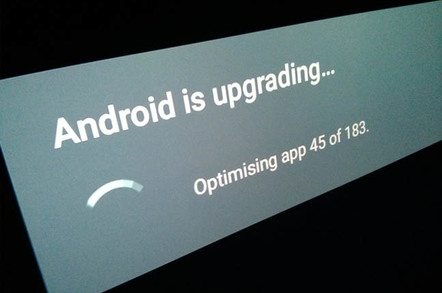 The rollout of Android 7.0 on some Samsung devices has smacked them right in the battery. Meanwhile in the background, further competition issues around the Google mobile OS are brewing.

Testing by GSMArena reveals a dramatic loss of battery life on the Samsung S7 Edge (Exynos 8890 version) using the platform update. Battery life fell by three hours on its Wi-Fi browsing test, and five hours on the video test. HTC and Sony only began to roll out Nougat last month and both were also hit by technical issues.

Normally, a buggy platform update wouldn’t make headlines. Few but the most enthusiastic users perform OTA (over the air) updates anyway, and a fix soon follows. But this year it’s different.

With its new Pixel phones, Google has begun competing head on with its Android customers - and Samsung is its biggest rival. It’s spending heavily to promote itself as an Android OEM, something it never did with its Nexus phones.

Google needs to persuade the competition authorities that it maintains a level playing field. We have no comparative data about the effects of Android updates on Pixel hardware, but new Android platform releases appear on Google’s own phones before anyone else’s, and Google’s own Pixels appear to have a point release ahead of the competition.

Furthermore, Google added features to its own Pixel range that it didn’t make available to other Android phone makers - like the Google Assistant - a new development since last April, when the European Commission went public with its Android objections.

Google has found it increasingly difficult to get big platform updates onto devices that have already shipped. Many devices are not upgradeable to major new releases, Edison analyst Richard Windsor points out.

The Commission believes Google may have abused its position by tying products and services in three separate markets in which it enjoys a monopoly: mobile app stores, search and “licensable smart mobile operating systems”.

The consumer organisation for Europe, BEUC, filed a complaint against Google with the European Commission – reportedly the first antitrust complaint it had ever filed.

If Google is perceived to favour Pixel over rivals, that spells further trouble. ®