Public to finally get to see regulator orders before vote 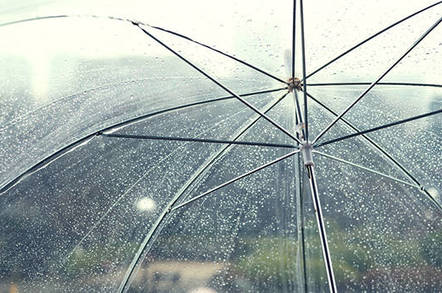 The new chairman of the US Federal Communications Commission, Ajit Pai, has come good on a promise to modernize the regulator by getting rid of its most infuriating habit: secret orders.

For reasons that have never been adequately explained, the FCC maintains an arcane procedure where its documents are kept secret until FCC commissioners vote on them. Only then are they published.

As Pai himself pointed out in the formal announcement [PDF] of a "pilot project" that would do away with that practice, "that's not to say that the contents of FCC proposals and orders remain secret to everyone – lobbyists with inside-the-Beltway connections are typically able to find out what's in them."

That is entirely true and has led to countless head-scratching moments at the federal regulator, where commissioners have spoken almost in code in order to let people know the likely contents of an order that they are due to vote on.

The situation was especially ludicrous when the FCC was discussing the Open Internet Order that codified net neutrality rules. Pai himself pointed out a year ago how 15 pages on broadband subscriber access and a proposal to place interconnections under FCC jurisdiction had been pulled at the last minute following a suspiciously precise letter from Google arguing against them.

At the time, Pai said: "This again illustrates the absurdity of how much I can reveal without violating the rule against sharing non-public information."

Two can play that game

What Pai didn't mention was that he almost certainly provided precise information on numerous upcoming FCC documents to Republicans in Congress. He no doubt justified that action by looking at the fact that FCC staff use the arcane rule to approach who they want and provide whatever information they wish, and conversely refuse to provide information or meet with anyone not in their favor (we speak from experience).

Even though Pai's promotion to FCC chair represents an unfortunate swing back to the overweening influence of Big Cable on the regulator that is supposed to oversee it, he nonetheless should be applauded for going against his own interests on a point of principle.

As chair, Pai has the most to gain from the old rule as he himself pointed out: "The best that average Americans will get is selective disclosures authorized by the Chairman's Office – disclosures designed to paint items in the most favorable light."

On numerous occasions, the FCC has put out a chairman's summary of upcoming rules that paint a one-sided picture of what is really contained in the rules to be voted on – something that Pai notes "is precisely the opposite of transparency."

Pai also made a point of personally handing out copies of the next two documents to be discussed at the FCC to those in the room – and had them posted on the FCC website as "circulation documents."

He also thanked his fellow commissioner Michael O'Rielly, who has spent several years arguing for reform of some of the FCC's practices and has been met repeatedly with obfuscation and bureaucratic excuses by FCC staff.

With Pai and O'Rielly now in the majority at the FCC, those years of frustration may come to fruition, and since the presidential election, FCC reform has become a hot topic in policy circles.

While the FCC itself can make some of those changes – such as the earlier provision of documents – others will require Congressional legislation. To that end, Pai also acknowledged renewed efforts by some in Congress to pass an FCC Process Reform Act. The latest version of that bill, which has been going around Congress for several years, was recently approved by the House and will now move to the Senate.

How the FCC functions currently is a peculiar mix of Congressional dictates, institutional rules, federal requirements and ill-defined habits and customs.

As just one example: Congress requires the FCC to produce an annual broadband progress report. And the FCC decided it would also produce a quarterly broadband data report. It doesn't take a genius to see how these could be combined, but thanks to fossilized structures and habits, the regulator produces both with their own separate processes.

Beyond that, however, Congress also decided the structure of the FCC some time ago – but that structure is increasingly out of step with the modern digital era. There are even some designs [PDF] going back to President Bill Clinton – 20 years ago now – for how to reform the federal regulator.

That was the era of deregulation: the most successful result of which was the massive explosion of the internet. Clinton wanted to do the same with federal regulators and get governments out of the way of business. President Obama had a more controlling view and felt it was important to keep a firm hand on things, since the internet had disrupted the old power structures and he felt it may be necessary to protect new companies from the aggressive approach of Big Cable.

With the Trump Administration and under chair Pai, the FCC is shifting back to a belief that regulators should stay largely out the way. While that is to be applauded on some levels – especially if it results in a more open and transparent FCC where lobbyists wield less behind-the-scenes power – the practical end result is that it will give big companies like AT&T and Comcast much more power due to their size and market power.

It is a well-known fact that Americans pay many times more for their broadband access than other countries do. And it is a simple reality that those prices are so high because there is an effective oligopoly in the United States, where a huge percentage of consumers have a limited choice in providers and the companies consciously stay out of each other's way, to their own mutual benefit.

If Ajit Pai can find a way to bring more effective competition into the market while reducing the tendency of the FCC to over-regulate, he will be rightly lauded. Unfortunately, history has shown us that it tends to go the other way.

While this transparency push is long overdue and a move in the right direction, Pai's dropping of a plan to force Big Cable to open up the cable-box market is a sign that consumers tend to come last when it comes to the FCC. And we haven't even started to talk about net neutrality... ®