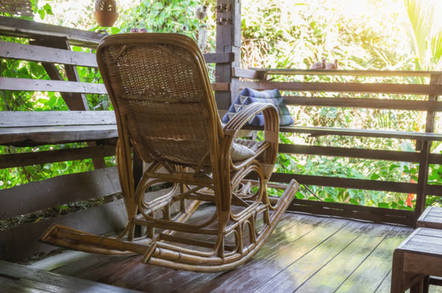 Older women getting their full quota of kip are far more likely to be getting a full quota of other types of bedroom action too, research by the North American Menopause Society has shown.

The news should bring a smile to the face of male partners of more mature women - except that it has already been proven that men who are happier in the bedroom are more likely to find themselves permanently “just sleeping”.

NAMS (PDF) said that a survey of 93,668 women aged 50 to 79 found that those getting less than seven to eight hours shut-eye a night were less likely to report themselves as sexually satisfied. A respectable 56 per cent of participants reported being “somewhat or very satisfied with their current sexual activity”, it added while 52 per cent reported “partnered sexual activity” with the previous year.

According to the group, “The relationship between sleep length and quality with sexual satisfaction remained even after adjusting for other possible causes of sleep deprivation, including depression and chronic disease.”

Older women’s male partners might see the findings as unalloyed good news - even to the extent of using the next bank holiday to finally give the bedroom that oft-promised, long-overdue makeover they’re been promising for years.

However, in one of those great cosmic jokes, doing so would only hasten their own descent into the grave. Researchers at Michigan State University last year found that a full and satisfied sex life will simply hasten older blokes’ shuffling off this mortal coil.

The study found that older men who had sex once a week or more were “much more likely to experience cardiovascular events five years later than men who were sexually inactive.” It also found that, bluntly put, “This risk was not found among older women.”

“Moreover, older men who found sex with their partner extremely pleasurable or satisfying had higher risk of cardiovascular events than men who did not feel so.”

It’s a dilemma and no mistake. We’re sure you’ll have some useful solutions in the comments below. ®