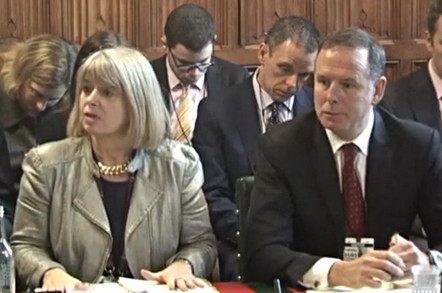 Defence chiefs have confessed that the 70,000-ton aircraft carrier HMS Queen Elizabeth’s delivery date is getting later and later – with one Tory minister openly mocking an MP who asked a straight question.

Minister for defence procurement Harriett Baldwin, appearing before Parliament’s Defence Select Committee yesterday and speaking about the warship, said: “What I can’t give the committee is the specific days of the week because no-one knows exactly what day of the week she will move from where she is currently into her sea trial process and then sail down to Portsmouth.”

Labour MP Madeleine Moon, who had asked the original question about when the carrier would be delivered by highlighting previous MoD promises that QE would be delivered to the Royal Navy by spring this year, cut in: “Spring or summer?”

“I’m not sure when the exact – are we talking June 21st when spring becomes summer?” Baldwin replied, turning to Tony Douglas, chief executive of the Ministry of Defence’s Defence Equipment and Support (DE&S) agency who was sitting next to her. Derisive laughter rose from the benches as Douglas silently put his poker face on.

Moon remained stony-faced. “That’s where you lose our trust,” she told an unrepentant Baldwin.

“What is absolutely clear is the ambition was, as described in the SDSR, the key operational date is quite clearly centred around a date later in the year,” he intoned, picking each word with care, “to be defined, because it is conditions-based, but certainly within this calendar year, of us taking the ship from the contractor, the Aircraft Carrier Alliance, into service with the Royal Navy and we’ve set that for inside this calendar year.”

Taking advantage of the stunned silence at what sounded like the beginnings of an honest answer, he continued: “It would have been a fantastic achievement well beyond any other programme if this had inevitably progressed without some difficulty in this stage in its programme and there have been a series of technical issues associated with bringing the vessel to the point where she can commence her sea trials.”

None of that is outside of the tolerance that we had anticipated in the schedule of the programme. It is certainly not financially limiting and it is certainly nothing to do with the ability of us to crew the vessel. The sea trials will commence at the point at which the ship is ready to deploy to sea.

This is the first public admission by the MoD that the QE is late, as is her refuelling tanker RFA Tidespring.

As Labour’s Moon pointed out during the parliamentary session, the 2015 Strategic Defence and Security Review stated that Queen Elizabeth would be delivered in spring this year, a deliberately imprecise date to take into account the natural challenges of getting the biggest-ever British warship ready to put to sea. When her captain, Commodore Jerry Kyd, was first appointed in 2014, however, the Navy gave the date of her “seagoing trials” as 2016.

An insightful series of remarks from October last year made by the carrier’s First Lieutenant, Lt Cdr Bob Hawkins, to the Minewarfare and Clearance Diving Officers’ Association, revealed that the key date for the carrier’s departure from her current Rosyth base had been 10 March. This appears to have changed in the past three months, though neither the MCDOA website nor the senior defence chiefs’ answers today shed any light as to why.

HMS Queen Elizabeth’s price tag is in the region of £3.5bn at the latest estimates. She is the largest and most expensive surface warship ever acquired by the Royal Navy. Technically speaking, she is still a civilian ship (and therefore not yet supposed to have the “HMS” prefix to her name, not that anyone pays attention to that) until she is formally accepted into service by the RN. Until then, she will wear the undefaced Blue Ensign, which is the flag flown by non-RN ships on government business, as well as boats captained by serving RN officers and members of certain yacht clubs. On full-size ships the undefaced Blue Ensign is worn almost exclusively by warships on contractor’s trials before being formally taken into service. Once commissioned, the ship is entitled to wear the White Ensign, the traditional flag of the fighting fleet. ®