Linux encryption app Cryptkeeper has a bug that causes it to use a single-letter universal decryption password: "p".

The flawed version is in Debian 9 (Stretch), currently in testing, but not in Debian 8 (Jessie). The bug appears to be a result of a bad interaction with the encfs encrypted filesystem's command line interface: Cryptkeeper invokes encfs and attempts to enter paranoia mode with a simulated 'p' keypress – instead, it sets passwords for folders to just that letter.

Cryptkeeper's developer appears to have abandoned the project. Luckily, it's not used by that many people – although it makes the bug no less tragically hilarious. It essentially executes this code to pass parameters to encfs:

However, encfs is executed with the -S switch which means it's supposed to read the password from stdin without a prompt. Previously, encfs was bugged and didn't quite do this. A bugfix corrected its operation to match its documentation – which made it incompatible with Cryptkeeper's assumptions.

So that's why Cryptkeeper sets all its directory passwords to "p": encfs was updated and that broke Cryptkeeper's interface.

Debian developer Simon McVittie has recommended the app be punted out of the Linux distro entirely.

"It looks as though cryptkeeper makes assumptions about encfs' command-line interface that are no longer valid," McVittie says in a bug report thread. 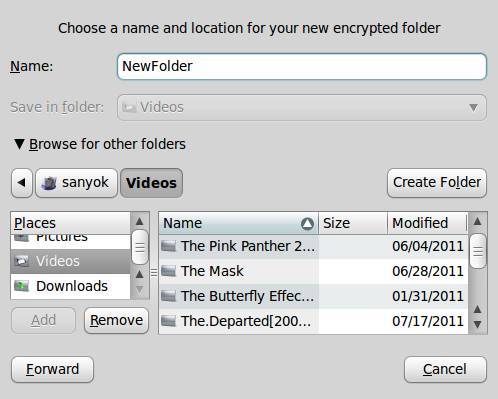 "I also notice that cryptkeeper does not check what write() and close() return during its interactions with encfs, which seems very likely to lead to undesired results.

"I have recommended that the release team remove this package from stretch: it currently gives a false sense of security that is worse than not encrypting at all." ®