Yet more rewriting of rules, as majority of patent attorneys say it's time to resign 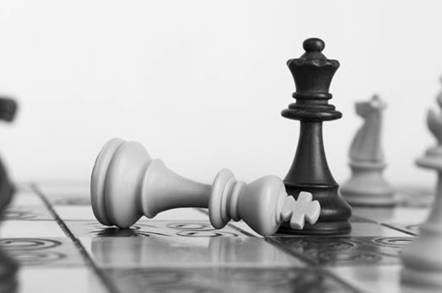 The president of the European Patent Office has embarked on yet another effort to undermine his organization's staff union.

In confidential documents seen by The Register, the president's team has drafted changes to the organization's articles that would effectively give him veto power over the election of union representatives, as well as limit what those representatives could do.

Among the changes proposed:

Taken together, the changes are a transparent attempt to give the president yet more power over the organization's independent bodies. Previously, Battistelli has awarded himself greater powers over the EPO's Appeals Committee as well as the Board of Appeals. Both bodies had challenged the president's decision to place on leave union leaders who resisted his reform efforts.

Battistelli's efforts come following the failure of a legal challenge from the EPO's staff union (SUEPO) to force the organization to follow recognized European laws when it comes to disciplinary cases.

The EPO's approach has repeatedly fallen short of the laws of the countries in which it operates, but the management team has claimed immunity from those laws due to its international status. SUEPO challenged that claim in Dutch court, but earlier this month lost at the Netherlands Supreme Court after the Dutch government felt obliged to defend the larger precedent of international organizations operating within Europe.

Although Battistelli's stubborn persistence and gradual rewriting of rules to grant himself increasing power over the organization appears to be working, it is coming at a high cost.

In December, a Parliamentarian told the French National Assembly that his fellow countryman was "a disgrace to France." In response, the French trade minister made it clear he did not support Battistelli and noted that his actions had been "the subject of convictions by the courts of the Netherlands, by the ILO [International Labour Organization] bodies and the Board of Directors of the agency."

The EPO staff union has appealed no fewer than three times to its Administrative Council to fire Battistelli. And other international staff unions, including from the European Organization for Nuclear Research (CERN), have been fierce in their criticism. Media outlets across Europe and ranging from mainstream to patent-industry-specific publications have been increasingly vocal about the failure of the EPO's management team to handle the crisis.

But perhaps most damagingly, the EPO's customers have started taking note. In a recent survey carried out by news service Juve, over 170 heads of patent departments at large corporations and industrial groups in Germany – who represent the bulk of the EPO's applicants and hence customers – gave a damning assessment of the EPO and its current president.

As with an internal survey last year, the independent external survey of EPO clients gave Battistelli a zero per cent confidence rating.

His "reform" of the Boards of Appeals has also been noted for what it was – an effort to grant himself greater power – with fewer than a third of those surveyed saying they believed it would lead to greater independence, and with more than 80 per cent of them making it clear that they wanted to see a fully independent board.

Worse, the EPO's customers are seeing a fall in the quality of patent applications: less than half are happy with the current process, which has been at the center of Battistelli's reform efforts. As president, he has tried to push through more patents at a faster rate and at lower cost – something that EPO staffers say has contributed to an impossible work atmosphere.

But most telling was the fact that Juve asked in its survey whether Battistelli should resign. More than half of respondents said yes, he should. ®