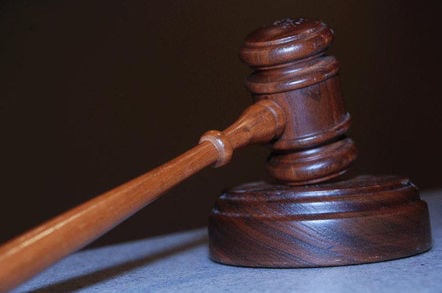 One "VM Bidco" has been revealed as the successful bidder for Violin Memory at its auction. Violin's Chapter 11 bankruptcy filings have now revealed two failed attempts, spaced a year apart, to sell the firm.

US federal court filings for the bankruptcy proceedings list document 172 which states:

The highest and best value for the Debtor’s estate and its creditors was offered by VM Bidco LLC (“Bidco”) in a proposal providing for a debtor-in-possession financing facility and for certain recoveries to creditors under a confirmed plan of reorganisation.

The details of VM Bidco are unknown, and we might suppose the name VM Bidco indicates a specially formed Violin Memory Bid Company.

The auction also revealed a next-best backup bidder: "The Debtor has designated VMA LLC as the Back-Up Bidder and its bid to acquire substantially all assets of the Debtor in a sale pursuant to section 363 of the Bankruptcy Code as the Back-Up Bid."

The debtor is Violin Memory and, again, we might imagine VMA stands for Violin Memory Auction, with VMA being another specially formed partnership.

Court filed document 82 is a declaration by Violin CFO Cory Sindelar and states: "In 2015, declining sales were compounded by certain performance challenges with the Debtor’s products. While Violin worked to resolve the issues with its products throughout 2015 and 2016, the cash burn it suffered during that period left it with extremely limited liquidity."

Two attempts were made to sell Violin Memory, one in November 2015 with Jefferies, and another in September 2016 through Houlihan Lokey.

Beginning in November 2015, Jefferies contacted 39 strategic parties and eight (8) financial sponsors to market Violin and its assets in a process that ultimately included nine (9) parties executing confidentiality agreements and ten (10) parties conducting initial management meetings. The process did not result in any offers or other promising indications of interest, however, and it was concluded in March 2016, with Violin announcing restructuring plans intended to reduce expenses in line with revenue expectations.

After the first failed sale process, "On September 14, 2016, Violin launched a new flash storage platform. While the Debtor’s platform was industry leading in regards to latency, density, scalability, affordability and performance, it did not lead to immediate revenue increases. As a result, the Debtor continued to suffer from constrained liquidity and, later in September 2016, retained Houlihan Lokey to conduct a renewed search for strategic alternatives."

Thes second sale attempt is described in filed document number 84, and involved contacting "204 potential purchasers, of which at least 124 operate businesses in or related to the Debtor’s industry and were pre-screened for exhibited or potential interest in the Debtor’s assets, with 21 parties signing confidentiality agreements and 9 conducting initial management meetings."

However, again, no sale was made.

Once Violin was delisted by the New York Stock Exchange, Sindelar declates: "As of January 2, 2017, Violin has $4.0 million cash on hand, and based on my projections, lacks sufficient liquidity to continue operations beyond February 10, 2017."

That state of affairs triggered the Chapter 11 bankruptcy process and proceedings.

There will be a Delaware district court hearing later on today (January 30) with the aim of approving the successful bidder and backup bid for Violin Memory. ®

FCC's Pai: I am going to kill net neutrality in US

Watchdog boss opens can of worms, sticks partisan head in

Ten... highlights from 40 years of Atari