National Audit Office: UK's military is buying more than it can afford

Yeah... thanks for that, sniffs Ministry of Defence 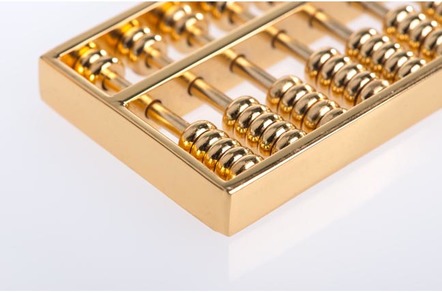 Military kit costs are going to skyrocket, according to the National Audit Office, which claims the Ministry of Defence now needs to slash an extra £5.8bn from its budget over the next 10 years.

“The affordability of the Equipment Plan is at greater risk than at any time since its inception,” intoned Sir Amyas Morse, the head of the NAO.

The 2015 Strategic Defence and Security Review (SDSR) added £24.4bn of extra commitments to the MoD equipment budget, according to the NAO, including commitments to buy the P-8 Poseidon maritime patrol aircraft, the new Mechanised Infantry Vehicle and speedier purchases of F-35Bs.

Over the next ten years the Equipment Procurement Plan commits the UK to spending £82bn on buying new ships, submarines, vehicles and complex weapon systems, with a further £92bn earmarked for the Equipment Support Plan.

NAO beancounters reckon the MoD’s allocated “headroom” of £10.7bn isn’t enough to fund the increases in the core equipment plan.

The NAO also said the defence equipment budget was “vulnerable to changes in foreign exchange rates”, with £18.6bn to be paid over the next ten years in US dollars along with a further $28.8bn within the current equipment plan which is exposed to forex fluctuations.

“Planning assumptions are currently based upon rates set before the result of the EU referendum, and the recent exchange rate fluctuations threaten to impact significantly upon the affordability of the Plan,” warned the NAO.

Minister for Defence Procurement Harriett Baldwin icily acknowledged the report in a rival MoD paper made available yesterday: "The National Audit Office (NAO) is publishing in parallel their independent assessment of the affordability of our equipment plan. Its report notes the size and financial complexity of the defence equipment programme, and indicates the challenges ahead. I am grateful that the NAO also points out where we must continue to improve and refine our work in the future."

What are we getting for all these shekels, then?

£19bn of the equipment plan is being spent on surface warships, including the Queen Elizabeth-class aircraft carriers, the Type 26 frigate, the new Tide-class fleet tankers and the Offshore Patrol Vessels. £44bn is being spent on submarines, mainly the Astute-class hunter-killer boats and the new Dreadnought-class nuclear deterrent boats, which will replace the Vanguard boats currently carrying the UK’s nuclear missiles.

A further £19bn is being spent on land equipment projects, including life extension programmes for the elderly Challenger 2 main battle tank, the Warrior armoured fighting vehicle, and other new armoured vehicles.

Missiles for the Royal Air Force and Royal Navy account for £13bn, including the Brimstone 2 air-to-ground weapon – which won’t be cleared for use on the UK’s new F-35B fighter jets – and various other systems, mostly bought from EU missile conglomerate MBDA.

Although a very compelling analysis by Marcus Weisgerber of American website Defense One reckons the price of an F-35A has dropped to around $100m (down from initial flyaway costs of $279m in 2007) the MoD is still spending about £44bn in total on new aircraft, drones and support projects for them.

This includes buying F-35s as well as putting the finishing touches on the Eurofighter Typhoon, which will take over the RAF’s ground attack role from the venerable Tornado. In addition, the RAF will be buying more of Airbus’ answer to Lockheed’s Hercules, the A400M, and nine P-8A Poseidon aircraft. In addition, various helicopters will be upgraded, including the Chinook with its fully digital cockpit and the Lynx Wildcat from the artist formerly known as Westland, AgustaWestland, Leonardo, Leonardo Marconi.

Hey look, the Ministry of Defence does “big gov (IT) procurement” too!

Significantly, the MoD is spending £23.5bn over the next ten years on “Information Systems and Services”, which includes the bringing back in-house of “core ICT strategy, policy, architecture, standard-setting and customer service functions that had been outsourced.”

Equally significantly, in the table on the very last page of the MoD Equipment Plan are some downright weird figures.

The F-35 project (under “Lightning II”) is projected to come in £699m under budget – and while prices per aircraft may be falling, there’s no indication of what costs are associated with the delayed ALIS logistics software bundled with the jets. Similarly, the new aircraft carriers were projected to cost just over £3.5bn when ordered – and, so far, that figure has almost doubled to £6bn.

If military equipment costs skyrocket in the coming years – as they probably will do, thanks to the SDSR not unreasonably basing its costings on a stable relationship between sterling and the dollar – the MoD will be left with a rather large black hole to fill. Despite ministerial platitudes designed to smooth over the fact that the UK only meets its “two per cent of GDP spent on defence” target from NATO, that spending level is only being met by including pensions liabilities and other non-frontline spending in the figures.

In two years’ time, once Brexit – rather than just the vote for it – actually happens, we will almost certainly need a new SDSR to figure out just what the country can afford in defence terms. All those shiny new ships and aircraft will be of no use if they’ll just end up in mothballs. ®