Pair needed dialysis after downing equivalent of 300 cups of coffee 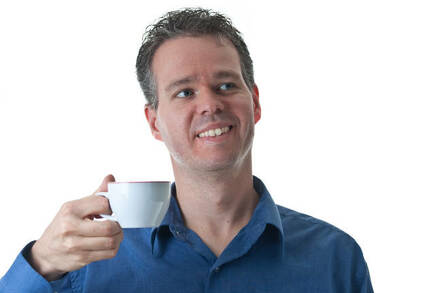 Northumbria University in England has been fined £400,000 ($503,000) after a botched experiment resulted in two students almost dying from caffeine overdose.

Newcastle Crown Court issued the fine on Wednesday after hearing the case of two 20-year-old students who, as part of a study on the effects of the stimulant, were mistakenly given as much caffeine as what's in 300 standard cups of coffee.

According to reports from court, Luke Parkin and Alex Rosetta had enrolled in a March 2015 sports science experiment on the effects of caffeine on exercise.

While administering the powdered caffeine for the study, a staff researcher had calculated the dosages on a mobile phone and missed a decimal point in the calculations. As a result, they both ended up getting 30g of the stimulant mixed into orange juice and water rather than the intended 0.3g. One cup of coffee typically has 0.1g of caffeine.

“They suffered violent side effects within minutes of drinking it," said Adam Farrer, prosecuting. “There was dizziness, blurred vision, vomiting, shaking and rapid heart beat. Both required hospital treatment. It was a life-threatening reaction.”

While both students lived through their ordeal, they were hospitalized in intensive care and had to undergo dialysis. They each lost about 10kg in weight and struggled with sporting activities. They both eventually made a recovery, though Rosetta is reportedly suffering from short-term memory loss as a result.

"The university and all those involved are deeply and genuinely sorry for the breach in this case," said Peter Smith, defending. “Both students have made good recoveries and both excelled in completing their degrees. There was a system in place but it was inadequate."

The uni admitted it broke health and safety laws, and was ordered to cough up £400,000 plus £26,000 in legal bills. In sentencing, Judge Edward Bindloss noted: "Both were sportsmen and fit young men. Luckily for them and for everyone they were in the sort of physical shape that was able to deal safely with this large amount of caffeine.”

It could have been much worse for the two second-year undergrads.

The believed lethal dose of caffeine is said to be around 18 grams. America's drug watchdog estimates that 170mg per kg of weight would be enough caffeine to prove fatal.

While drinking 300 cups of coffee is never a good idea, regular consumption of the stuff has been linked to increased longevity, as well as improved memory. ®

Black Hat Maybe, maybe not. These hack-in-a-box widgets are something to think about at least, says Big Blue