Google: I know we promised not to mix our data silos buuuut... 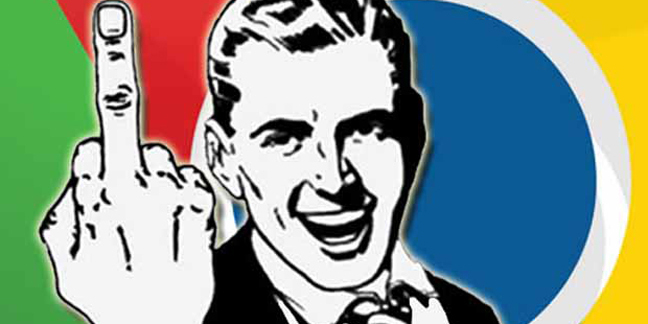 The European Commission has confirmed that it will probe competition concerns over Google's decision to allow personal user data in its silos to co-mingle, to create "super profiles".

Until last June, Google explicitly stated that behavioural data from its giant DoubleClick ad network would not be merged with a user's Google search or YouTube viewing histories, or SMS logs. The old privacy policy used to pledge: "We will not combine DoubleClick cookie information with personally identifiable information unless we have your opt-in consent."

That was deleted and a line added, explaining: "Depending on your account settings, your activity on other sites and apps may be associated with your personal information in order to improve Google's services and the ads delivered by Google."

Google still hasn't made the leap, but last year's privacy policy changes mean the user has now granted consent for such co-mingling. And it surely will.

As we noted in October, users may have been opted in without realising it.

The concerns were raised with EU antitrust regulators by Google's eternal tormentor, Oracle, the WSJ reports [paywalled]. Big Red's argument is that no other ad platform can compete effectively with ad targeting once Google merges these epic data stores, which Oracle calls "super profiles".

The database giant has the Chocolate Factory in its sights, and boasts that it helped fund research which revealed the incestuous ties between the Obama administration and Google at the Google Transparency Project. FoIs also revealed Obama's office had kept Google closely informed of an antitrust probe by the "independent" agency FTC.

Last week Peter Thiel, the nearest Silicon Valley has to a shop steward with Team Trump, said Google had more influence in Obama's administration than Exxon had over George W Bush's.

Social networks are a gift to authoritarian governments. "Super profiles" permit a government to build a far more extensive data store than it would otherwise have. China is allowing its private sector to trial a "social credit" score to audit each citizen's "trustworthiness". ®