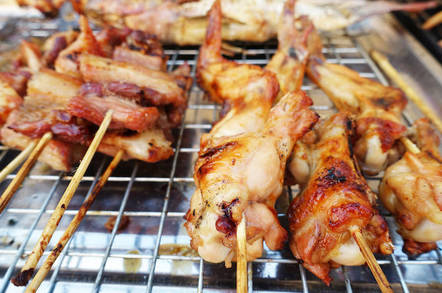 Interview El Reg talked with Scale Computing co-founder and CEO Jeff Ready and asked him about the HPE SimpliVity acquisition and what it means for HPE, for the hyper-converged infrastructure (HCI) market, and for Scale.

See if you agree with his thinking that Scale is better positioned than HPE in the HCI market.

El Reg: How did the HCI market start?

Jeff Ready: There were three of us that launched HCI (hyper-converged infrastructure) together in 2012 at VMworld - Scale, Nutanix, and Simplivity. Of the three, it's only Scale that is still privately held, independent, and on the cusp of profitability.

El Reg: How would you characterise the HPE acquisition of SimpliVity?

Jeff Ready: I suspect the best way to position the SimpliVity sale is to point out that the sale at such a low price is really a unicorn barbecue. When you (1) build a company that depends on a competitor, (2) run with a business model that has no real path to profitability, (3) position your product and price it for the wrong customer, and (4) don't pay close attention to what the market needs, then your unicorn gets turned into chops and is fairly tasty with mashed potatoes when it gets gobbled in a fire sale by a tech behemoth.

El Reg: How does VMware feature in this?

Jeff Ready: HPE now has a VMware-only solution from their competitor. I think the valuation reflects that SimpliVity is completely dependent on VMware to do anything at all, and VMware is now a direct competitor [to HPE]. With that calculus in mind, a very low multiplier seems likely and appropriate.

El Reg: What's your view of the background to the SimpliVity acquisition?

Jeff Ready: It went for funding and could not get it so this was its only option as their run rates are mirroring Nutanix. This is further proof the HCI space is here to stay. HPE was losing market share to HCI vendors and had no meaningful traction in the space.

Unfortunately, it seems, HPE has missed the real value of HCI, which is a fully integrated stack. Dell was shrewd in buying EMC/VMware to get ownership of that stack; they certainly weren’t trying to buy the legacy Clarion business! So Dell has a stack that runs from the applications down to the hardware. Scale Computing also has this stack. HP didn’t have it before, and still doesn’t have it. They are dependent on VMware.

El Reg: SimpliVity does have its own technology though.

Jeff Ready: HPE is big on the deduplication tech that Simplivity had, and it was good technology. It’s married to a hardware card that goes on each server, so there's some limited flexibility there. But, moreover, this is the worst time in history to be investing in deduplication. The next gen of storage hardware with 3D XPoint, etc. is about to bring us things like 32TB flash drives. Why dedupe a small drive when massive capacity increases are upon us?

El Reg: OK. Then how do you see Scale growing?

Jeff Ready: We have a great channel opportunity to bring partners high margins, combined with a lower TCO for their end customers. Elimination of the VMware stack is the key here, and Scale has the most non-VMware customers in HCI (100 per cent of our customer base). Customers see the value of full integration and partners can benefit. I’m not sure HPE made any headway here via this deal.

Scale also says it is still privately held, independent, and on the cusp of profitability. El Reg has no way of verifying the underlying sales performance or bottom line goodness. Its status has sheltered it from the glare of Wall Street.

Dell-EMC is privately held, owns VMware and is already profitable. By being non-VMware, Scale is not competing directly with the VxRail/VSAN behemoth from Austin, which means it shouldn’t get directly trampled.

We can view Scale’s independence and separation from fellow HCI launchers Nutanix and SimpliVity as a win or as a failure. Nutanix has IPO’d and currently leads the hyperconverged market. SimpliVity has been acquired for $650m by HPE. Two out of the three HCI launchers have had exits for their backers. Scale has not.

We reckon Scale, which was founded in 2007, has taken in some $60m+ in funding in some six rounds the most recent being in 2015. A certain Hewlett Packard Ventures (HPE's incubation unit) was one of there investors.

How will the company have its exit? Our thinking is that it will continue to sell to small and medium business through the channel, and build up a Barracuda/Datto/Exagrid-type business with a path to $100m-plus revenues and profitability.

If it keep the channel onside, and carries on developing kit suited to SMB buyers then, as the HCI tide rises, Scale Computing will in theory rise as well. Life often isn't that simple. ®

Microsoft tweaks Windows 10 on Arm64 to play nicely with KVM

Put away the glue and duct tape, and luxuriate in virtualised goodness