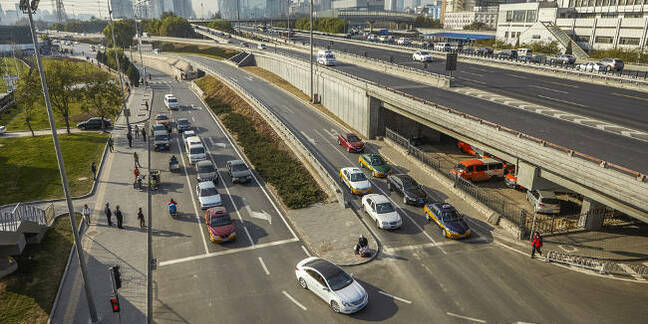 Apple has taken its legal battle against Qualcomm international with a pair of lawsuits in China.

The suits, filed with the Beijing Intellectual Property Court, accuse the chip designer of breaking China's anti-monopoly law and challenge the patent-licensing contract between Apple and Qualcomm in China.

The filings seek damages of one billion Yuan, or approximately US$145 million.

The complaints are the second legal challenge Apple has lobbed at Qualcomm in as many weeks. The Cupertino giant has also filed a $1bn suit in a California District Court on charges that Qualcomm had for years been gouging it on royalties and withholding payments as retaliation for Apple's participation in a South Korean antitrust probe.

"Apple was offered terms consistent with terms accepted by more than one hundred other Chinese companies and refused to even consider them. These terms were consistent with our NDRC Rectification plan.

"Qualcomm is prepared to defend its business model anywhere in the world. We are proud of our history of contributing our inventions to the development and success of the mobile communications ecosystem."

Both companies have had legal troubles in China, with Apple facing threats of trade sanctions and Qualcomm fighting intellectual property claims. In February 2015, Qualy coughed up $1bn to make its licensing row with China's NDRC officials go away.

Meanwhile, Qualcomm still faces a suit from the FTC for allegations of patent licensing abuses toward Apple and other hardware manufacturers that license Qualcomm designs.

That case also involves Apple, with the FTC alleging that Qualcomm bribed Apple into exclusively using its chip designs for the iPhone with the lure of more favorable royalty fees. Apple and Qualcomm ended their exclusivity deal last year, with Intel now providing some iPhone baseband chips.

Qualcomm has denied those charges as well. ®

Tell it to the jury, judge rules