Using LinkedIn will land you a shiny new job – like, er, CTO of Microsoft

Redmond decides we need to talk about Kevin 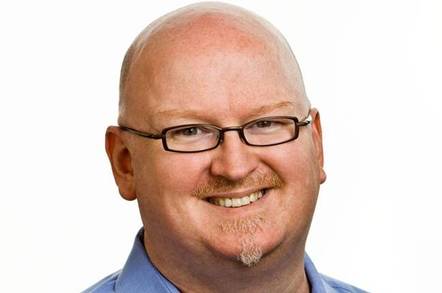 Microsoft has reinstated its overall CTO role for the first time in 17 years and hired Kevin Scott – currently senior vice president of infrastructure with LinkedIn – to do the job.

Scott will stay in his LinkedIn position but will get new responsibilities as Microsoft CTO. Redmond already has localized CTO for different divisions, and it seems likely that coordinating these will be Scott's primary role. Microsoft is saying nothing other than he will be able to "drive strategic, cross-company initiatives to maximize Microsoft's impact with members and customers."

"We are thrilled that Kevin will bring to Microsoft his unique expertise developing platforms and services that empower people and organizations," Satya Nadella said. "Kevin's first area of focus is to bring together the world's leading professional network and professional cloud."

In some ways, working at Microsoft is a return for Scott, since he interned there in 2001. After that he worked at Google dealing with advertising, then moved to startup AdMob, which was later bought by the Chocolate Factory.

He left Google in 2011 to join LinkedIn, initially as veep of engineering and operations before rising to oversee all of LinkedIn's products. He's also a venture capitalist and is a trustee of the Anita Borg Institute for Women in Technology.

"The thing that gets me up in the morning and that has always excited me about technology is its role in empowering people and helping to enrich their lives," Scott said. "I am very optimistic about where Microsoft is headed and how we can continue to use technology to solve some of society's most important challenges."

Scott reportedly won't be moving up to Washington state, however, since he prefers to stay in the San Francisco Bay Area and is retaining his seat on LinkedIn's board. But he'll have to be up there a fair bit to coordinate projects with SatNad and the rest of the team.

Hopefully Scott will have a better time of it than the last person to hold the CTO title at Redmond – Nathan Myhrvold, who lasted for a while before being shown the door by Steve Ballmer and beginning a career as a patent troll. ®