Helping internet scammers proved profitable, for a while 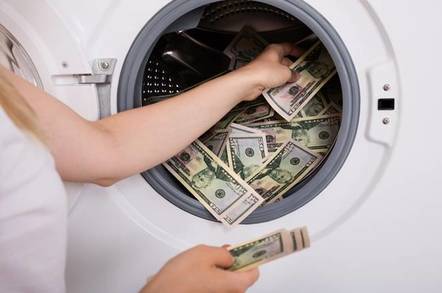 Western Union will forfeit more than half a billion dollars after admitting it broke money laundering laws.

The admission comes after America's trade watchdog, the FTC, looked into why so many fraudsters use the company's services to launder ill-gotten gains.

Under the terms of the settlement, Western Union pled guilty to willfully failing to maintain an effective anti-money laundering program and aiding and abetting wire fraud. It agreed to pay back $586m, retrain its staff, and submit to three years of independent oversight.

"Western Union owes a responsibility to American consumers to guard against fraud, but instead the company looked the other way, and its system facilitated scammers and rip-offs," said FTC Chairwoman Edith Ramirez.

"The agreements we are announcing today will ensure Western Union changes the way it conducts its business and provides more than a half billion dollars for refunds to consumers who were harmed by the company's unlawful behavior."

The amount of the, effectively, nine-figure fine is certainly larger than the usual slap on the wrist that US regulators hand out. Last year, Western Union banked a net income of $837.8m, so the forfeit accounts for over eight months of profits – although considering that the complaint [PDF] states that the company has been carrying on in this way for at least eight years, Western Union is still in black from its activities.

The FTC complaint states that Western Union must have been aware that they were carrying fraudulent transfers on their network and did nothing to stop them, or to rein in rogue agents in its employ. In doing so, it violated banking secrecy laws and FTC reporting requirements.

The government stated that Western Union agents were used in a number of scams, including internet fraud and online gambling. It says that some of the funds identified came from scammers who took over social media accounts to declare they have been mugged and asking friends to send funds via Western Union to help.

It also highlighted large numbers of transactions designed to send just under $10,000 overseas. If someone sends more than that abroad it must be reported, so scammers do multiple smaller transactions that Western Union must have known were dodgy, the complaint claims.

"As a major player in the money transmittal business, Western Union had an obligation to its customers to ensure they offered honest services, which include upholding the Bank Secrecy Act, as well as other US laws," said Chief Richard Weber of Internal Revenue Service–Criminal Investigation (IRS-CI).

"Western Union's blatant disregard of their anti-money laundering compliance responsibilities was criminal and significant. IRS-CI special agents – working with their investigative agency partners – uncovered the massive financial fraud and is proud to be part of this historic criminal resolution." ®