A big leap forward, you say? Tell that to the anti-trust authorities 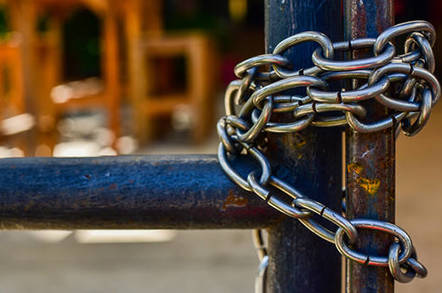 Google is hardwiring its Android app store, Google Play, into all new Chromebooks.

After an initial rollout in just three Chromebooks last year, a webpage listing which Chromebooks support Android Apps has been updated to read: "All Chromebooks launching in 2017 and after, as well as the Chromebooks listed below, will work with Android apps in the coming future."

That strongly suggests that Google has adopted a similar approach to what it does for Android phones. In that case, phone manufacturers are forced to include a suite of Google apps if they wish to include Google Play – and Google Play is essential if smartphone owners want to include additional apps (which, of course, they do).

That approach brought the EU's antitrust investigations banging on Google's door, prompting the search giant to put together a defense largely composed of moaning that its competitors were doing far worse.

In the case of Chromebooks, it is far from essential to have Google Play included, since most users access the services they need through a web browser. But as laptops have gravitated toward the app model – thanks in large part to Apple's app obsession – so Google decided last year that it would make Android Apps available.

That inclusion of Android Apps was expected to happen in a recent version of Chrome OS, version 53, but wasn't included when it was released in September. The sudden appearance of the note on the Chromebook page suggests Google will roll it out in its next major release.

While users are likely to find the inclusion of the Google Play app store occasionally useful – and a large number of Google fanbois are already excited about the prospect – it is almost certain that antitrust authorities will see it differently: as Google again using its position to force manufacturers to include specific Google software on their systems.

Asked about its plans, Google gave The Reg a typically ambiguous response: "Android apps will be coming to all new Chromebooks launching this year," a spokesperson wrote, "but may not be available right 'out of the box.' That experience will depend on when the Chromebook launches and when Android Apps on Chrome OS is out of Beta. We don't have an update right now on timing, but stay tuned."

There is, of course, a long history of companies doing exactly that. Most famously Microsoft bundled Internet Explorer, Windows Media Player and other middleware with Windows machine – and didn't let you remove them.

That resulted in a record €497m fine from the EU and an order to release a version of Windows without Media Player. Microsoft was then fined an additional €899m for failure to comply with that order (later reduced to €860m).

Microsoft argued it was doing nothing wrong and was in fact helping out its customers by offering great services and software for no charge. It is likely Google will make the same argument once every Chromebook user finds Google Play on their system.

The big questions are: will Google Play be automatically added to people's systems, and can they choose to add it (the wording on Google's page strongly implies the former)? And will users be able to remove the app store from their machine if they wish to? ®

Anyone else find it weird that the bloke tasked with probing tech giants for antitrust abuses used to, um, work for the same tech giants?

Comment No, of course not. It's all perfectly fine