Fujitsu strikes are OFF – it's not the 1970s after all

Unite: IT giant's bosses gave us a bigger package, would be rude not to have a butcher's 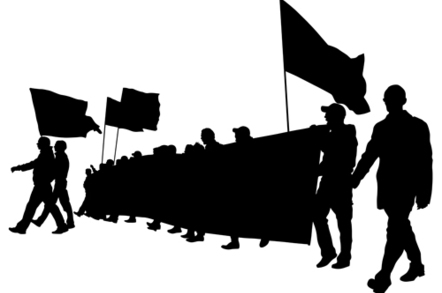 Unite has suspended all industrial action in its dispute with Fujitsu over planned cuts to job, pay and pensions in the UK.

The ceasefire was called so unionised workers can review a package brought to the negotiating table by the IT giant's management.

Fujitsu put 1,800 UK staff at risk of redundancy in October. Its unionised workers – 300 based at its Manchester office – reacted by downing tools for nine days before and after Christmas. Last week, Union bosses and top brass at Fujitsu started negotiations to resolve the conflict under the supervision of conciliatory service Acas.

Now, all future strike action has been put on ice.

Unite regional officer Sharon Hutchinson said that following talks with Fujitsu bosses, it was "putting an offer to settle this long-running dispute to our members. This will be put to the members in the next couple of weeks".

"We will not be releasing details of this offer until members have had the opportunity to consider and vote on it," she added. "In the meantime, all industrial action is suspended."

Fujitsu's Manchester location is the only branch to recognise the union. Arguably, the voice of the workforce was muffled recently when the works council was dissolved in favour of a European version. Some 3,300 Fujitsu employees across Europe are facing the chop.

The redundancies will be staggered over this year – starting in March – and into the next.

The dispute over pay centred on the gender gap that exists in the organisation. A proposed 15 per cent retrospective reduction in pension payments is the other major bone of contention. ®