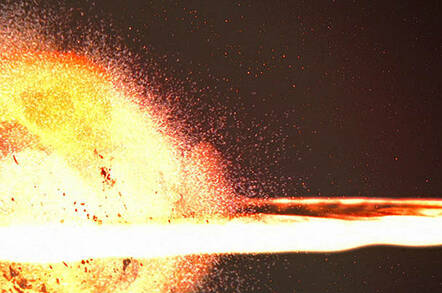 With Donald Trump taking over the presidency Friday morning, a different type of transition has also taken place: a digital transition.

A novel approach was taken with respect to the Twitter accounts of the president, vice-president and first lady: the accounts were both retained and cloned to new accounts – if you followed @POTUS, you will continue to do so but will also be added as a follower to @POTUS44 (Obama was the 44th president of the United States). The same goes with @VP and @FLOTUS.

(Although we are trying to figure out why the 13.1 million followers on @POTUS yesterday are now only showing 5.3 million – did millions of people unfollow in just a few hours? Seems unlikely.)

While that Twitter approach has the benefit of retaining and expanding an important digital archive, the transition of the official White House website, which is of much greater importance, has been more abrupt: the entire website has been wiped and replaced with a few placeholder pages outlining the Trump Administration's overall policy goals (think "American First").

Instead, the many speeches, executive orders, videos and the wealth of administrative details put out by the Obama Administration over eight years will be moved to a new archive website – obamawhitehouse.org, although at the time of writing there is no site there and the archive is instead held at obamawhitehouse.archives.gov.

What is highly unusual and really represents the worst kind of online archiving efforts is the failure of the White House to add a permanent redirect file to the WhiteHouse.gov website. As such, tens of thousands of links all went dead at one minute past midday Washington, DC, time.

As any decent website admin will tell you, a permanent redirect list on the website, even for just a few days, would have allowed search engines to update themselves and retain a consistent digital thread, rather than carrying out the equivalent of blowing up Alderaan.

The decision not to provide a temporary forwarding system has sparked confusion and angst among Americans. The sudden removal of documents covering climate change, LGBT rights, affordable healthcare, and other issues, appears to be an indication that the Trump Administration will take a very different line on today's policies.

WhiteHouse.gov's administrators say they have been planning since October to hand over the domain and various social media accounts to Trump's team on Inauguration Day: January 20.

Now that day has come, and, well, there's very little left on the website after the transfer of power. Policies have been allowed to disappear. This is as "expected," said Donald's spokeswoman Hope Hicks.

As just one example of a vanished document, a new policy paper covering online privacy that was posted just two days ago has effectively evaporated. The same goes for any file held on the vast and sprawling White House website.

Of course that is also how some like it – on both sides. It offers one more reason to rail against the other side and mock their beliefs. As commentators have been saying for a number of weeks, traditionally the period between election night and the inauguration is used to argue for unity and for people to put their differences behind them.

President Donald J Trump has shown no signs that he is willing to take that approach, something that has led to record lows in his approval ratings as he takes office.

In his inaugural address, Trump did make occasional efforts to promote a policy of inclusion, but he still couldn't resist pitching people against people. He pitched the American people against the Congress men and women who sat behind him, arguing that "today we are not merely transferring power from one Administration to another, or from one party to another – but we are transferring power from Washington, DC, and giving it back to you, the American People."

"Washington flourished – but the people did not share in its wealth," he went on. "Politicians prospered – but the jobs left, and the factories closed. The establishment protected itself, but not the citizens of our country."

It's unclear whether Trump recognizes the constitutional limits that exist on a president's power and what powers Congress holds – or maybe he does and doesn't care, so long as he receives populist applause at every event.

Later on in the speech, Trump pitched America against the rest of the world: "For many decades, we've enriched foreign industry at the expense of American industry; subsidized the armies of other countries while allowing for the very sad depletion of our military..."

And later he pitched "patriotic" Americans against the other sort of Americans, referencing the Bible and insisting on a "total allegiance to the United States of America" – authoritarian tones that did nothing to alleviate people's concerns.

At the bedrock of our politics will be a total allegiance to the United States of America, and through our loyalty to our country, we will rediscover our loyalty to each other. When you open your heart to patriotism, there is no room for prejudice. The Bible tells us, "how good and pleasant it is when God's people live together in unity."

Both Congress and the Trump Administration have made big play about how they will reverse the positions of eight years of an Obama White House even though, in reality, it will be much harder to do than simply signing documents.

In that respect, the wiping of WhiteHouse.gov is a perfect analogy. The actions and decisions of the Obama Administration are no longer there, they have vanished. Except of course they haven't and they are still there – just in a different place that is slightly harder to find. ®