EU antitrust bod nods in approval as another market opens up 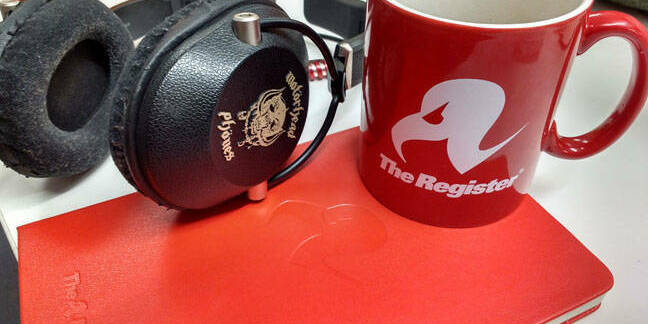 Apple and Amazon have agreed to end the exclusivity deal that gave Audible sole access to the iBooks store.

The European Commission said on Thursday the two tech giants have agreed to open up the iOS book service to audiobooks distributed by other publishers.

According to the EU, Amazon has had the exclusive rights to provide Apple's audio-book lineup since it bought Audible in 2008. That deal was halted earlier this month, when both companies agreed to end the partnership and allow other companies to offer their audiobook recordings on iBooks.

"The agreement between Amazon/Audible and Apple to remove these exclusivity obligations, following contacts with the Commission and the German [Bundeskartellamt] Federal Cartel Office, means that Audible is able to supply its downloadable audiobooks to third-party platforms, that Apple can source audiobooks from alternative suppliers, and that publishers and content aggregators will be able to enter into distribution agreements directly with Apple," the Commission said.

Apple and Amazon likely had little choice in the matter. The German Federal Cartel Office has been investigating the deal since 2015 and with the EU joining it, the companies would have to end the exclusive pact or risk antitrust charges.

Apple has already had to go through such proceedings once with its iOS book service, thanks to a suit over its deals with ebook publishers that would eventually land Apple with hundreds of millions of dollars in antitrust fines.

That will likely not be a worry for Apple with its audiobooks service. The German Cartel authority has already said it will be dropping its investigation now that a deal has been reached.

"Audible and Apple hold a strong position with their offer of digital audiobooks in Germany. With the deletion of the exclusivity agreement, Apple will now have the opportunity to purchase digital audiobooks from other suppliers," said Bundeskartellamt president Andreas Mundt.

"This will enable a wider range of offer and lower prices for consumers." ®