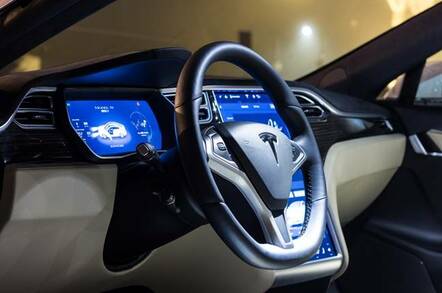 The US National Highway Traffic Safety Administration investigation into a fatal Tesla crash last year has determined that the car manufacturer should face no further action and has improved safety considerably.

The investigation was launched after Joshua Brown, a 40-year-old ex-Navy SEAL, slammed into the side of a tractor trailer at over 70mph while using the car's autopilot system. Brown was killed instantly, but the crash raised concerns that drivers were putting too much trust in the car's autonomous driving features.

"A safety-related defect trend has not been identified at this time and further examination of this issue does not appear to be warranted. Accordingly, this investigation is closed," the report [PDF] concludes.

"The closing of this investigation does not constitute a finding by NHTSA that no safety-related defect exists. The agency will monitor the issue and reserves the right to take future action if warranted by the circumstances."

The report found that Brown had engaged the car's Autopilot and automatic braking system while driving down the Florida highway, and had increased the cruise control speed to 74mph just before the crash, which is 9mph over the speed limit.

As he was speeding down the highway, a tractor trailer was driving across the freeway. The trailer, which was white, didn't register on the car's cameras and the driver didn't notice it either. The car slammed into the side of the trailer, ripping the top off the car and leaving Brown dead from head injuries.

The NHTSA report found that the collision avoidance system was primarily designed to recognize the backs of cars, and failed to spot the trailer. It said that the driver appeared to be distracted in the seven seconds before the crash.

Tesla received criticism over its Autopilot feature, with some users claiming they didn't need to touch the wheel. In September, Tesla pushed out an update that disabled Autopilot if the driver didn't keep their hands on the wheel.

But analysis shows that Autopilot is more of a help than a hindrance. The NHTSA examined crash reports for Model S sedans and Model X SUVs and found that crashes dropped by over 40 per cent after Autopilot software was installed.

"At Tesla, the safety of our customers comes first, and we appreciate the thoroughness of NHTSA's report and its conclusion," said Tesla in a brief statement. ®