IBM, Microsoft, US Govt all to blame for globalisation backlash: Jack Ma

It's your own fault, Trump-friendly tycoon tells Davos 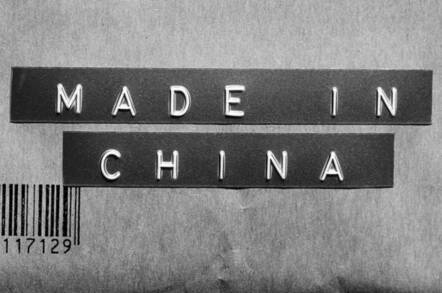 Silicon Valley’s tech plutocrats have kept a relatively low profile at Davos, the WEF’s schmoozefest for corporate, government and NGO elites. But into the void stepped Jack Ma, founder of Alibaba.

Alibaba is the gigantic, tat bazaar that has eclipsed the company it copied: eBay. Ma used to encourage new hires to perform handstands because "Ebay looks less fearsome when you're upside down”, and staff would join hands for a company song whose lyrics taught them that, "You have to go through a thunderstorm to see a rainbow".

This month Ma met one-to-win with President-elect Trump, something that even Google couldn’t wangle. There, he promised that Alibaba will create “a million jobs” in the United States, a claim that was met with much scepticism. (Alibaba only employs around 45,000 worldwide, and the “million” would be small business marketplace traders - who already trade through eBay and Amazon’s platforms).

In turn, Ma found Trump "very open-minded, much more than I thought."

However empty Ma’s pledge may be, it allowed the Chinese tycoon to claim the moral high ground, highlighting a contrast with America’s indigenous web giants. Lionised by the Obama administration, these US companies are now castigated for destroying jobs - via drones, “sharing economy” use of casual labour, and their almost pathological distaste for taking any kind of liability. Obama loved Google and the only jobs he mentioned was Steve Jobs - no wonder Team Trump was pleased.

In an interview at Davos, Ma boasted that Alibaba had a better business model than Amazon, because it didn’t want to compete as a retailer. Instead it was all about the ecosystem.

Ma thought that the backlash against globalisation was the fault of the United States. Successive administrations had decided to withdraw from manufacturing and merely focus on high value sectors.

"We just want the IP, the technology, and the brand, and we'll leave the other jobs”, is how he characterised it.

"It is not that the other countries steal jobs from you guys — that is your strategy. You did not distribute the money in the proper way."

"IBM, Microsoft, the profit they made was larger than the top four banks in China put together ... But where did the money go?"

You can see more Ma here ®

ICT globalisation survey: UK's tops - 'cos we don't care who buys our firms

National interest? How much does that cost...

Radbot Because endless coffee and DNA replication goes only so far

Get ready for a fragmented net... and RAGNAROK

AI and robots? Will someone think of the jobs, says HPE CEO Whitman

Yeah, just don't worry about the 100k plus you've tossed on the bonfire Meg