US watchdog sues Qualcomm for 'bribing' Apple to swallow chips 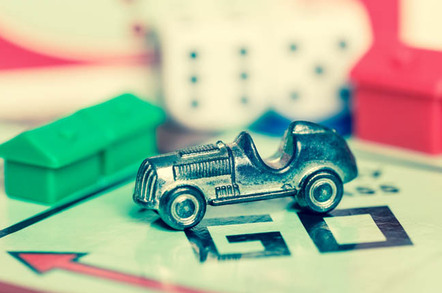 America's trade watchdog the FTC has sued Qualcomm, alleging the California-based biz trampled over US laws on fair competition.

Qualcomm designs not only the Snapdragon processors used in countless Android-powered handhelds, but also the baseband electronics needed by phones and other devices to connect to cellular networks. Crucially, Qualcomm holds a ton of patents on the common protocols and technologies used by phones to communicate.

According to the FTC, phone makers were offered a discount if they just used Qualcomm's modems, effectively forcing them to pay extra if they want to use a rival's chipset. And Qualcomm crippled its rivals by refusing to fairly license and share its knowhow, resulting in features missing from competing chips, it is claimed. Thus, Qualcomm screwed over its competitors and made phone manufacturers an offer they couldn't refuse, it is alleged.

According to the FTC:

"By threatening to disrupt cell phone manufacturers' supply of baseband processors, Qualcomm obtains elevated royalties and other license terms for its standard-essential patents that manufacturers would otherwise reject," the FTC alleged.

"These royalties amount to a tax on the manufacturers' use of baseband processors manufactured by Qualcomm's competitors – a tax that excludes these competitors and harms competition.

"Qualcomm recognized that any competitor that won Apple's business would become stronger, and used exclusivity to prevent Apple from working with and improving the effectiveness of Qualcomm's competitors."

The complaint, filed in the northern district of California on Tuesday, seeks a court order that would require Qualcomm to cease all of the infringing activities or run the risk of further penalties. The FTC authorized the filing via a 2-1 vote, with commissioner Maureen Ohlhausen dissenting.

Qualcomm says it will "vigorously defend" against the charges.

"The portrayal of facts offered by the FTC as the basis for the agency's case is significantly flawed," the chip designer told The Register in an email.

"In particular, Qualcomm has never withheld or threatened to withhold chip supply in order to obtain agreement to unfair or unreasonable licensing terms. The FTC's allegation to the contrary – the central thesis of the complaint – is wrong."

The words Qualcomm, patent, licensing and dispute are never far apart: the processor designer coughed up a billion dollars in China to make a row over licensing there go away, for example, and it is suing Apple, Samsung, Intel, Broadcom and others for allegedly ganging up on it in South Korea. ®