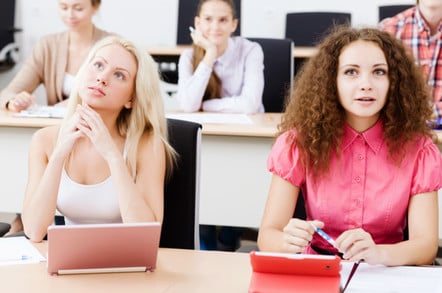 Google is once again facing allegations that its cloud for education may be harvesting and selling information on school kids.

Mississippi Attorney General Jim Hood is suing [PDF] for full disclosure of how the Chocolate Factory handles and markets any information it collects through the G Suite for Education service it operates for roughly half of the state's K-12 schools. K-12 is kindergarten through to twelfth grade, or children five to 18 years old.

Hood believes Google may have been collecting and selling information on student activity – such as account data and browsing histories – to third parties, who then use that data for targeted advertisements.

This, we're told, would be a violation of the deal Google signed in 2015 when it contracted to provide schools in Mississippi with the G Suite (formerly Google Apps) for Education services.

Hood says his lawsuit, filed in Lowndes County, Mississippi, on Friday, will not ask Google to pay the state any money, rather it would open the California corporation's doors to state attorneys who want to know just what data Google is collecting and how it shares that information. In effect, the state's legal eagles want to scrutinize the web goliath for any potential wrongdoing.

"It is disturbing to think that one of the world's most profitable corporations would try to make even more money by deceiving parents and taking advantage of Mississippi school children," Hood said yesterday.

"Through this lawsuit, we want to know the extent of Google's data mining and marketing of student information to third parties. I don't think there could be any motivation other than greed for a company to deliberately keep secret how it collects and uses student information."

Google had no comment on the matter. The internet giant has long maintained that it does not send any personally identifiable information on students outside of the education suite, though some behavioral information is anonymized and used to analyze the Apps' performance.

The case is the latest in a budding legal saga between the Mountain View advertising giant and the Mississippi AG.

Hood and Google have a long history of bad blood, having fought in the past over matters including piracy and drug sales.

This is also not the first time Google has been sued over the data collection practices of the Apps for Education cloud service. Last year, students at the University of California sued the Chocolate Factory for the same thing, alleging their Apps for Education service had been analyzing the contents of student and faculty emails and then using that data to target ads.

This could mark the first time Mississippi and California have ever agreed on anything. ®