LTE-Broadcast has broad deployment models. What it doesn't have is the iPhone 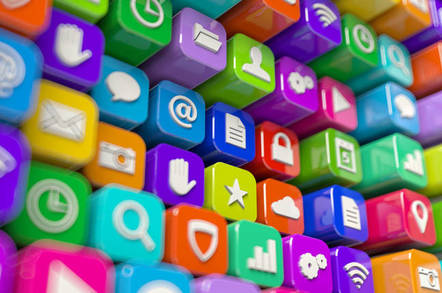 Analysis LTE-Broadcast is poised for mass adoption at last, claims the Alliance which was set up last April to promote it. The Alliance aims to make a splash at next month’s Mobile World Congress, to boost operator confidence in the mobile TV standard and outline some of its use cases beyond the consumer TV sector.

For instance, the UK’s BT-owned mobile operator, EE, a founder of the Alliance, will focus on the role of LTE-B in the automotive sector, where it could support V2X communications. EE is creating six "innovation zones" in its network where closed user groups can experiment with new LTE-B service ideas, including those for vehicles, in a live network environment.

EE and Telstra of Australia have co-sponsored a white paper, which aims to define a universal set of capabilities and features for LTE-B devices. This would be a major step forward in achieving economies of scale for the specification, which has been the subject of a few high profile trials in the US and Europe, but has made little impact on the commercial mainstream.

LTE-B adoption will rely on broader range of use cases

One of the challenges for LTE-B is the same one that faces any mobile content platform - this is not just about connectivity or the MNOs’ classic business models, but involves a wider range of players, including content providers and, where IoT applications like connected vehicles are concerned, other partners too. The white paper aims to demonstrate how all these stakeholders can cooperate to create an end-to-end service platform based on key common capabilities, which can help create a harmonized value chain.

Some of these capabilities are only just emerging, and are geared to expanding the business case beyond the original one of broadcasting or multicasting TV to mobile phones – using LTE infrastructure rather than specialized networks, as failed approaches like DVB-H and MediaFLO required. New planned features include MOOD (Multicast Operation on-Demand) and session continuity.

The first LTE-B Alliance forum will be held at MWC in Barcelona and in advance of that, it has announced two new members - Quickplay (part of the AT&T group) and DTG. The founder members Verizon, Korea’s KT, Telstra and EE, and more recent recruits include Ericsson, Expway, HKT, CSL Mobile, Huawei, Netgear, Nokia, Smartfren, Telecom Italia Mobile and Turkcell. “The market potential for LTE-Broadcast is huge,” said Mike Wright, Telstra’s Group MD of networks. “By delivering on-demand or popular content using one stream of data, we will free up an operator’s network and help them deliver the best service to their customers.”

Supporters hope that two major trends in the carrier world will boost interest in LTE-B. One is the IoT, and the potential to multicast messages and content to large groups of cars, or to use the technology to issue automatic updates to huge numbers of embedded devices. Examples include over-the-air device updates, weather warnings, critical communications for public safety, and enterprise group communications. It has also been trialled in digital advertising use cases with personalized messages appearing on dynamic digital signs.

The other is the quad play and the ability to view the same content across fixed and mobile networks, and many different screens. “There is global interest in the long term convergence of fixed, mobile and broadcast (DTT) networks for media and entertainment as part of a 5G future, and we are actively involved in industry groups looking at the opportunity,” said Matt Stagg, EE’s head of video strategy.

LTE-B, or evolved Multimedia Broadcast Multicast Service (eMBMS), supports multicast (one video stream sent to multiple receivers), which benefits operators by freeing up precious bandwidth compared to one-to-one unicast. Unicast transmission will never be economic for popular linear broadcast services, so the real battle will be between mobile operators and broadcasters for control of spectrum for multicast video.

Telstra is also focusing, in the white paper, on the costs of deployment, and claims it can justify that cost if LTE-B carries only 1% of its network traffic by 2021.

Lack of devices is an issue, especially no iPhone

But despite all these efforts to boost LTE-B, there are still barriers. A new report from Strategy Analytics says that the device ecosystem remains weak. The firm found only 1,000 smartphones, among 26,000 models it surveyed, included LTE-B capable chipsets, and even fewer have the feature enabled.

With Apple failing to support the technology so far, Nitesh Patel, director of wireless media strategies at the analyst firm, said: "Leading mobile device makers have not rushed to equip a large number of their phones and tablets with the LTE-Broadcast feature, the most obvious absence being Apple’s iPhones and iPads. “One of the main objectives of the Alliance is to shore up the mobile device support for LTE-Broadcast. By embracing LTE-Broadcast more seriously, operators will send a clear signal to the device makers, including Apple, that it is time they should bring the feature to a broader portfolio of their products.”

Strategy Analytics believes that the technology has real attractions for operators but agrees with EE that use cases must be demonstrated which go beyond the classic one of multicasting live events like sports or concerts.

Its report says: “Although LTE-B is the best tool to deliver the same content simultaneously to multiple users using the broadcast channels, therefore ideal for covering live events, live video alone is not enough to make a paid-for service. However, the cost saved from offloading the traffic data, largely generated by mobile video consumption, from unicast to multicast will justify operators’ limited investment to upgrade the network.

In addition to packaging LTE-broadcast as part of operators’ service portfolios, there are other non-live video opportunities for the technology, for example, batch software updates, public information dissemination, and supplementing terrestrial broadcasting.”

The white paper is more upbeat, of course, citing many technical trials. “Many of the issues have been resolved, and operators, network equipment providers, middleware, chipset and device vendors now know what is required,” the paper concludes. “They can take steps now to drive LTE-Broadcast forward to a successful future based on real services with proven business cases. Many are doing this, and others can learn from their experience.”

And 20th Century Fox Film is testing “new ways to deliver content to consumers” via LTE-B, working with Ericsson and an unnamed mobile operator. CTO Hanno Basse told the recent Consumer Electronics Show that his firm will release details of its tests during MWC.

Possible use cases which are being explored by the Fox Innovation Lab include offering movies to travellers in airports, allowing them to download content before they board and view in-flight.