Jersey Telecom wheels out LoRa IoT network, says it's 'not ruling out' other techs 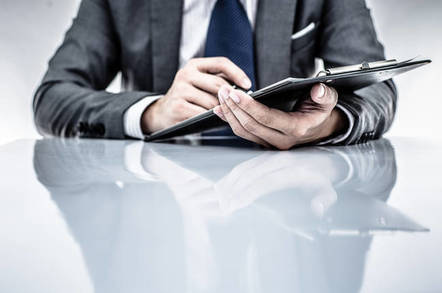 Interview Jersey Telecom recently rolled out a LoRa network covering the entire island. The telco’s wholesale director, Tom Noel, spoke to The Register to elaborate a little on what it hopes to achieve.

The Tier One telco, based on the eponymous Channel Island, prefers to be known as JT.

It has a surprisingly large global footprint, given the island’s physical size, boasting a presence in 11 global locations which are backed up by the telco’s 600 roaming agreements with most countries around the world – but “not North Korea, as you can imagine,” in Noel’s words.

JT’s Internet of Things/machine-to-machine (M2M) offering dates back seven or eight years to the setting-up of the wholesale division. Amongst its managed networks customers JT counts HSBC, Kraft and RBS International.

The telco’s M2M offering is focused around roaming SIMs, though the LoRa network – consisting of around a dozen masts deployed at 10 sites around Jersey – represents a step towards a true IoT network.

“One of our concepts is that we’re looking to roll out networks in the Channel Islands, building on our existing infrastructure that we have here, really to improve the lives of our Jersey residents – but also to develop services that we can then sell off-island,” Noel told The Register.

“To roll out a LoRa network, which is really the first network we’re looking to roll out, it’s not hugely expensive – and it brings benefits to the island,” continued Noel. One of the use cases JT is looking at is “to put sensors in homes to measure moisture levels for asthma sufferers,” he said, emphasising how the telco sees itself “opening up Jersey as an IoT lab.”

“We’re using that backhaul infrastructure to interface with the new IoT networks to create a place where people can come and test their IoT solutions – they can test our network, with the aim that we can grow it outside the island,” said Noel. “Over 70 per cent of our business is off-island.”

So why LoRa and not one of the many competing technologies? “We selected it because we can reuse a lot of the infrastructure we’ve already got on the island, but we’ve not ruled out rolling out other types of network with the same strategy,” said Noel. The telco has a strategic partnership with Danish IoT software consultancy NeoConsult, whose Nomad platform forms part of its joint offering.

For a telco, surely NB-IoT – forming, as it does, part of the 5G spec – would have been a more attractive option? “We’ve not ruled out looking at other types of network ... to create this JTIoT lab,” insisted Noel. “It’s definitely something we’re going to look at, whether the next one’s going to be [NB-IoT] or something like Sigfox ... it’s certainly something we’re looking very seriously at, in combination with the partnership we’ve got with Digital Jersey.”

“If you look at LoRa there are a number of options,” continued Noel. “It combines well with our SIM backhaul model; it sits very well with our local overlay of the masts that we already own, so we can roll out the technology very quickly. We also find that LoRa seems to have quite a wide variety of sensors that we can then pick up and play with, in partnership with Digital Jersey” – the island’s digital innovation body – “and we’ve got a partner up in Scotland called Censis who have rolled out a LoRa network in Glasgow. We’ve been working fairly closely with them and a company called Stream to implement this technology, really learning from what they’ve already done in Scotland. For example, in Glasgow they have pollution sensors dotted around the city.”

As a relatively small player compared to the likes of Vodafone – which has nailed its colours firmly to the NB-IoT mast and has promised a commercial deployment in the first quarter of this year – it is nonetheless significant to see a Tier One telco deploying a LoRa network. Perhaps the NB-IoT marketing juggernaut isn’t catching on after all. ®

Why Indiana and New Jersey were right

VoIP hack suspect fugitive extradited back to US

And you may tell yourself: this is not my 40' boat

Step into Internet of Things: Give us keys to homes in 15 US cities

IT sector bumped up jobs in the US in December

Computer design hot, chip making not so much