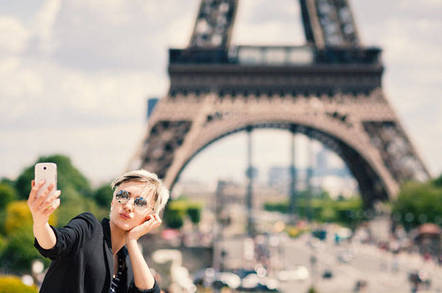 French authorities are warning political parties about the increased threat of cyber attacks as the country prepares to elect a new president in May.

Last year's US presidential election was marred by cyber attacks and leaks. US intel agencies blame Russia for the hack1 and subsequent leak of sensitive emails and other information from the Democratic National Committee (DNC). French authorities fear the possibility of similar interference.

The National Agency for the Security of Information Systems (L'Agence nationale de la sécurité des systèmes d'information or ANSSI) director Guillaume Poupard told FRANCE 24: "We're clearly not up against people who are throwing punches just to see what happens. There's a real strategy that includes cyber [attacks], interference and leaked information... These are people whom we're obviously following closely. Even if we can't be sure that they're the same, they're attackers who regularly come knocking on our ministers' doors.

Political parties and campaign staff are particularly vulnerable to hackers with tactics likely to include spear phishing and website attacks. "Fundamentally, political parties, like small and medium-size businesses... are not equipped to deal with the situation alone."

A spokesman for independent candidate and former economy minister Emmanuel Macron's political movement, En Marche, admitted that an attack on its website in October look at "least one full night of work to repair".

ANSSI is teaching political parties how to protect themselves as well as referring them to a list of pre-approved companies for additional advice.

"We should all be aware of the risks associated with modern technologies, such as e-voting and mobile voting, especially the risks related to such an important process as a presidential election." ®

1New research on APT28 – the Russian state-sponsored hacking crew blamed for the DNC hack as well as previous assaults on NATO, TV5Monde, World Anti-Doping Agency among others – was published by FireEye last week. APT28 (AKA Fancy Bear) is suspected by other security firms to be a unit of Russian military intelligence agency, the GRU.