US Marines seek more than a few good men (3,000 men and women, actually) for cyber-war

From the phones of Montezuma to the servers of Tripoli 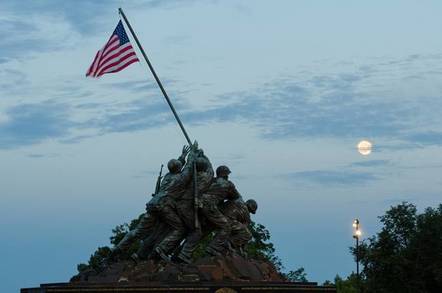 The head of the US Marines wants to recruit about 3,000 troops skilled in online warfare and espionage to make sure the Corps is ready for 21st-century battle.

On Thursday, General Robert Neller told the Surface Navy Association's annual convention that he was looking to raise his numbers from 182,000 to 185,000 in the next Defense Appropriations Bill – and wants to use the extra heads to beef up online and electronic warfare capabilities.

The Marine Forces Cyber Command has about 1,000 military and civilian staff; this needs to be drastically increased, he said. That may mean withdrawing frontline troops that have the right aptitude, training them in online warfare, and deploying them in the world's cyber-trenches, for want of a better word.

"Most of these people come off and start off as communicators or intelligence folks or radio battalion people, and then they morph and they get trained," he told his audience in Arlington, Virginia.

Seeing as that process takes time, perhaps it would be better to fast track people into cyber-offense teams straight away, Neller pondered out loud. "We've got to go back and map the path, and figure out, is it really somebody you can bring in from the beginning," he said.

Marines have, right now, no military occupational specialty (MOS) for online warfare, he continued. That mil jargon means marines aren't trained to exploit and compromise enemy computers. They can do signals intelligence and defend computer networks, but they are not taught how carry out attacks on systems, and this needs addressing.

"There's no cyber MOS," he said, meaning marines who want to get into cyber-war have to look elsewhere. "How am I going to keep them? We spent a lot of money training these marines."

If the army can't swell its computer security teams from its own ranks, it will have to tap up civilians. Getting good hackers and security folks for the armed forces isn't easy, though. In hacking competitions, civvies regularly clean the clocks of full-time military counterparts – and convincing them to sign up for military life in the Marine Corps could be a very tough sell indeed. ®