Drone company fails to take off, tells pre-orderers: You can have your $34m back

A lot of buzz, little lift in quadcopter market? Surely not 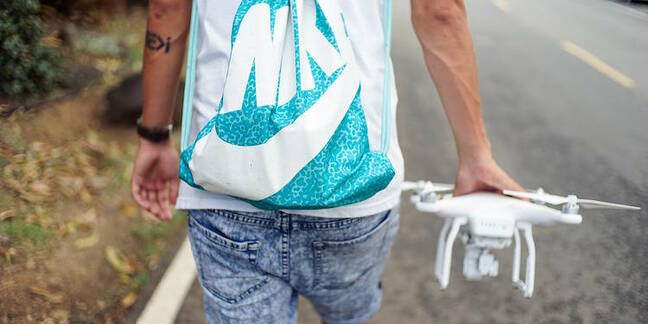 Lily Robotics, which three years ago set out to create a flying camera, is shutting up shop and returning $34m to customers who had placed pre-orders.

The firm announced yesterday that it had conceded defeat in its race against the "clock of ever-diminishing funds" despite the capital raised for the $899 camera-copter.

Lily Robotics said it was winding the company down because it simply hadn't managed to secure the necessary financing to manufacture its first units, in but the latest whimper of the heralded quadcopter camera market.

In 2015, the company behind the troubled ZANO nano-drone project pulled the plug, leaving thousands of Kickstarter backers in the lurch, and the hotly anticipated Drone Racing League™ has fallen somewhat short of eclipsing other spectator sports.

Lily had reckoned it was on to a winner with what it called "the world's first throw-and-shoot camera", pitching that all consumers had to do was "throw it in the air to start shooting" as the copter "flies itself and uses GPS and computer vision to follow you around".

Alas, the company stated that an automatic refunding process will be taking place over the next 60 days, and will be directed to the payment card used for the original transaction. Those whose cards have expired will need to fill out a form. ®