Follows its own destiny – at a price 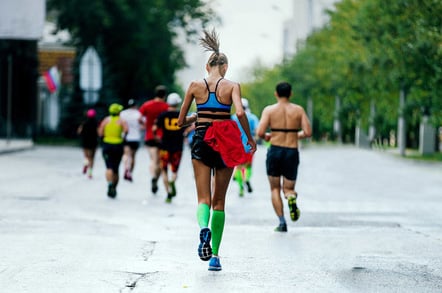 The Linux Mint project dropped a last-minute gift during the Christmas period – Mint 18.1.

Mint 18.1 builds on the same Ubuntu LTS release base as Mint 18.0, the result being a smooth upgrade path for 18.0 users and the relative stability of Ubuntu's latest LTS effort, 16.04.

In keeping with Ubuntu's LTS releases, Mint isn't stuck chasing Ubuntu updates. Rather the project can pursue its own efforts like the homegrown Cinnamon and MATE desktops, and the new X-Apps set of default applications.

This process worked quite well throughout the Mint 17.x release cycle, but with Mint 18 we were starting to see some of the downsides. Mint 18.1 is a nice enough update for the Mint-specific parts of the stack, but it definitely lags a bit in other areas.

The most obvious lag is in the kernel, which is 4.4 out of the box, though 4.8 is available through the Mint repos. It's unclear to me whether Mint 18.1 fully supports kernel 4.8. It's available in the repos, and I've successfully updated one install on a Lenovo x240, but n=1 evidence is not the best support for running off to update your kernel.

Frankly, I would have to assume that since Mint 18.1 ships with 4.4, you should probably stick with 4.4. If you feel out of date, maybe install Debian 8 in a virtual machine and marvel at the fact that it still uses 3.16. Of course, if you don't have newish hardware – particularly Skylake or Kaby Lake-based machines – the older kernel might not matter to you.

Provided the older kernel doesn't bother you, or you're OK attempting a kernel update, Mint 18.1 does a nice job of continuing to refine the Linux Mint experience for both its primary desktops – Cinnamon and MATE.

On the Cinnamon side you'll get Cinnamon 3.2, which is notable for some nice new UI features, including support for vertical panels and sound effects, along with your displaying notifications and some new menu animations. Cinnamon also dispenses with a visual element called box pointers. Essential menus that load from a button or other menu no longer visually "point" back to the menu. This makes more sophisticated themes possible since developers don't have to overcome the pointer visual cue if they want to completely relocate a menu.

The vertical panels support is also welcome for anyone working on a cramped laptop screen, since they're typically more unused space horizontally than vertically.

Cinnamon 3.2 also has a completely rewritten screensaver and, my personal favourite, the ability to run apps with optirun if Bumblebee is installed. That is, if you have dual graphics cards and Bumblebee installed you can set the default to the less powerful card, but then right-click an item in the menu and launch it with the more powerful card, for example GIMP, a video editor, or graphics-intensive game.

While Cinnamon is the flashier of Linux Mint's two desktops, MATE is every bit as good in my experience and with Linux Mint 18.1 MATE has been updated to MATE 1.16. Most of what's new in MATE 1.16 is under the hood, particularly the fact that MATE has nearly finished the transition to GTK+ 3 components, which goes a long way to improving some of the lingering little UI problems of previous releases.

The GTK+ 3 support also means third-party themes should be easier to build, though in the meantime it may break some of your old favourites so proceed with caution if you use a custom theme.

There are also a number of changes in this release that apply to both desktops, including updates to Linux Mint's X-apps set of default applications that have been customised and integrated into both desktops. Xed, the default text editor – better known as "Text Editor" within Mint – gains a new search-as-you-type feature that now opens at the bottom of the windows and is comparable to the search features in Firefox. Xed also now supports dark themes, like the Mint Y theme.

Mint's Update Manager has been updated as well with a new column that shows the origin of a package. Out of the box that means primarily Mint's repos along with Ubuntu's for things that pull directly from upstream. Any third-party repos you add will show up as such here as well.

The last release of Mint saw an addition to the Update Manager that lets you set a default update practice ranging from the very conservative to "update all the things" with a middle ground option being the default. While there's nothing wrong with this in itself, Mint's wording is a little loaded to say the least. The most conservative setting is called "don't break my computer!", which implies that the others will, which is completely untrue and does a disservice to those completely new to Linux, of which Mint likely has no shortage.

While "don't break my computer!" is not the default setting, labelling it as such and combining it with the further encouragement "Recommended for novice users" almost guarantees that new users – those who would likely most benefit from an up-to-date and secure system – will opt for this setting.

Here's the bottom line: out of the box Mint effectively blocks some updates to the system, which means Mint users may well be running software with known security vulnerabilities, which could theoretically be exploited. From a security purist standpoint Mint is a step down from Ubuntu. 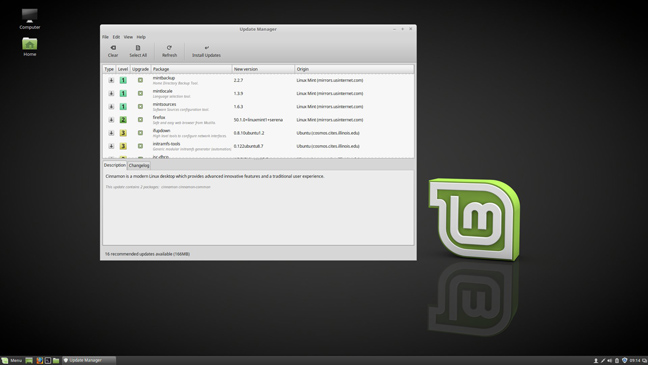 Practically speaking, though, vulnerabilities in Xorg or the kernel are more difficult to exploit using a browser (the most common source of attacks) and Mint does a good job of keeping web browsers up to date even with the default settings.

At the end of the day I suggest you enable the "always update everything" setting, which, for the record, is roughly the same as what you'd get out of the box with Ubuntu. You're still always able to chose what you'd like to update and when. While I understand Mint's stance on regressions and the reasons why it doesn't want to update everything out of the box (increased stability being the main reason) I hope that in the future Mint will at least consider changing the wording on its Update Manager splash screen to something more neutral than "don't break my computer!"

So, big question: should you update to Mint 18.1? If you're already on 18.0 then, by all means, the bug fixes alone are well worth the update. MATE users particularly will benefit from the additional GTK+ 3 support and Cinnamon's vertical panel support is a welcome change. Remember, no matter which version you end up with, Linux Mint 18.1 is an LTS release and will be fully supported until 2021.

It's worth noting that there are other desktops available for Linux Mint, including Xfce and KDE, but at the time of writing neither of them had been updated to Mint 18.1. Typically the Xfce version comes about a month after MATE and Cinnamon and then the KDE version after that. ®