Thanks, Obama: NSA to stream raw intelligence into FBI, DEA and pals

Gee, what a lovely parting gift by outgoing US prez 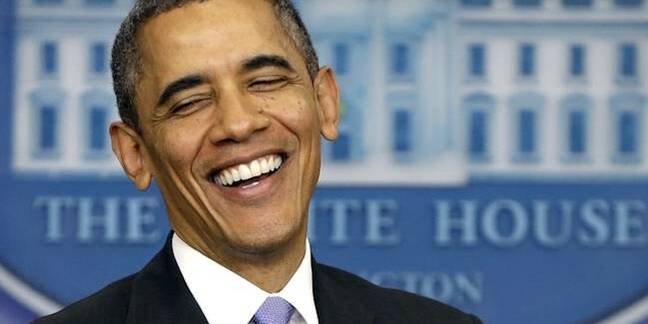 A last-minute rule change signed off by the outgoing Obama administration has made it much easier for the NSA to share raw surveillance data with more than a dozen government agencies.

The changes [PDF] are tacked onto executive order 12333, which was enacted by then-President Ronald Reagan to allow intelligence agencies to share information on non-US nationals. The new rules will allow the NSA to share unfiltered signals intelligence with other members of the intelligence community if it is deemed necessary.

"The procedures permit IC [intelligence community] elements to have access, under appropriate conditions, to the unevaluated or unminimized (ie, 'raw') signals intelligence (SIGINT) information that the NSA collects pursuant to EO 12333, thus enabling elements to bring their own analytic expertise to reviewing that information and to use that information in support of their own missions," the office of the Director of National Intelligence explained today. "The procedures therefore provide an important mechanism for enhancing information sharing, integration, and collaboration in the IC."

Under the terms of the changes – which were signed off by outgoing US spymaster James Clapper and the Attorney General Loretta Lynch – the NSA can now pass on intercepted information to the other 15 organizations that make up the US intelligence community. Those 15 members are:

The collected information can include any data slurped on a foreign national, including internet activity, files, phone calls, satellite messages and faxes. It applies to communications that take place outside the US and any traffic that passes within US borders.

To get their paws on this data, an intelligence organization will have to assert that it's needed for an overseas investigation, and have that request approved by a "high-level NSA official," according to a fact sheet prepared by government officials. The requestor also has to commit to protecting the data as much as possible.

US citizens can have their data surveilled in the same way on the authorization of the Attorney General, the Director of the NSA, or the head of the recipient intelligence body – or a high-level designee.

The amendment also requires Uncle Sam's snoopers to undergo training on how to follow the new rules, and creates an audit trail for the information. Quite why this needed to be rushed through in the dying days of the Obama administration remains to be seen. ®