If Exagrid pulls it off, it'll be a first 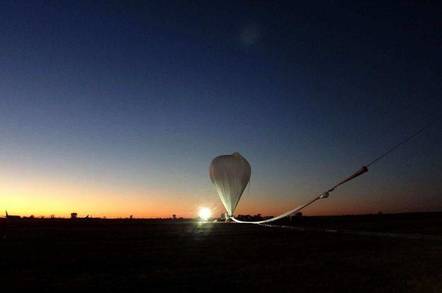 Exagrid is set to float high

It grew double digits over the previous quarter and same quarter of the prior year as well as for the full year of 2016 over 2015.

The company wants to increase the number of enterprise accounts and says it saw a record number of six-figure new customer opportunities in the 4th quarter.

Why is it growing at such a lick? It suggests competing deduping backup array disk array targets have slow ingest rates because they perform data deduplication "inline" and their restore speeds and VM boots are slow because stored deduped data has to be rehydrated.

Exagrid has post-ingest dedupe, speeding ingest to a raw data landing zone, and also speeding restores and VM boots off the landing zone. Its products can scale out to an 8-way grid and feature global deduplication across all NAS shares and appliances in a grid.

CEO Bill Andrews tells us: "We are replacing DELL-EMC Data Domain, HP StoreOnce, Quantum DXi, Veritas 5200/5300 series and others at an accelerating rate." And then he says this: "We are on track for an IPO at the end of next year or early 2019."

IDC's latest purpose-built backup appliance tracker data does not include Exagrid in its top five vendors, indeed, relegating it to the "Others' category. The smallest vendor is fifth-placed Quantum with $18.5m revenue in 2016's third quarter - a $74m run rate.

It will be fascinating to check out the IPO S1 filing and see the revenue numbers. If we assume a $100m revenue hurdle for a IPO then we'd imagine Exagrid could be near to or north of a $70m annual run rate already.

The fourth quarter stats show that Exagrid's technology mix is appealing to customers. If the IPO happens, it will be a landmark event. ®

Quarterly revenues and bookings up a fifth – again