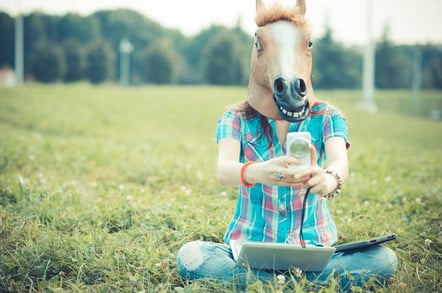 The heir-apparent of Samsung has been pulled into the bribery scandal that sparked the impeachment of South Korea's president.

Lee Jae-yong has been ordered by special prosecutors to answer questions about the enormous donations made by Samsung to a number of foundations run by a close associate of President Park Geun-hye, Choi Soon-sil.

One such "gift" was the delivery of a thoroughbred horse that cost one billion won, or US$840,000, to the Choi's daughter, Chung Yoo-ra. Ms Chung is a professional equestrian who won gold in the 2014 Asian Games. Earlier this month, she was detained in Denmark.

Other "donations" from Samsung went to equestrian events, including millions set aside to train athletes for the 2018 Asian Games and the World Equestrian Games.

Samsung is far from the only company involved in the scandal: Hyundai and LG also donated millions of dollars to the foundations, but Samsung was the largest contributor, providing 20.4 billion won – $17m.

What sets apart Samsung, however, is the fact that while executives from other companies effectively admitted to the donations, even arguing that they had little choice but to make them, Lee Jae-yong had been less forthcoming. As a result, prosecutors are now considering charges of perjury for lying under oath at an earlier hearing.

What prosecutors are trying to prove is that the donations were used to buy political favors from the president. In Samsung's case, particular scrutiny is being given to an $8bn merger between two Samsung affiliates in 2015. The merger was opposed by some investors but went through when the government-run National Pension Service decided to vote in favor of it.

Three months after the merger went through, Samsung signed a deal with yet another equestrian company based in Germany.

It is, of course, perfectly possible that all three of South Korea's largest tech companies share a corporate fascination with horses, but prosecutors feel that is unlikely. And so do lawmakers, who earlier this month opened up their impeachment hearings into the president.

A nine-member court will have until June to decide whether Ms Park will be reinstated as president or fired. In the meantime, she has been stripped of her powers.

Mr Lee has denied there was any quid pro quo for the donations. He is currently vice chair of Samsung Electronics. His father, Lee Kun-hee, is the chairman, and before that his father was also the chair.

The usual rules have long since not applied to South Korean tech giants. Lee Kun-hee has twice been convicted on money-related crimes, including embezzlement and tax evasion in 2008 and, notably, bribing an earlier president in 1996. In both cases he was given a suspended sentence and then – get this – pardoned by the president.

This time around, his son may not be so fortunate. There has been a sea-change in how the broader populace views endemic corruption at the top of government. If both Lee Jae-yong and President Park Geun-hye are found guilty of taking bribes, he is likely to find a new president that is less willing than in the past to offer a pardon. ®