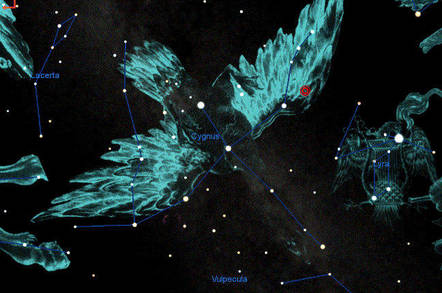 Cygnus is about to get a bright red addition

Pics and video The stars of the Northern Cross – one of the most recognisable features in the night sky that has been used as a marker for the seasons for thousands of years – should be getting a bright new addition. 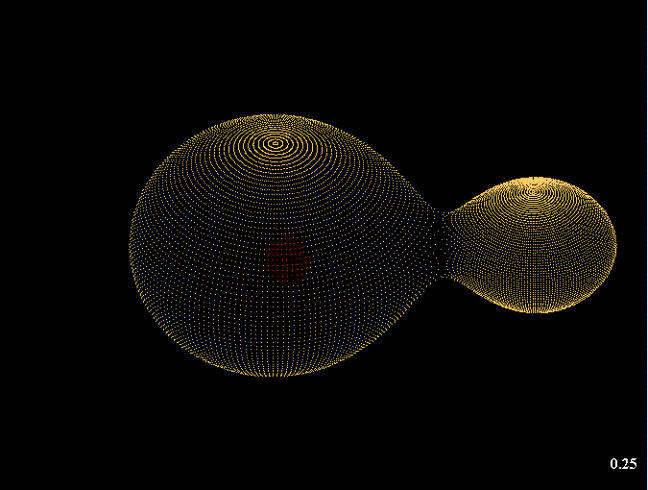 1,800 light years away lies the stellar system of KIC 9832227, two stars locked in an orbit that has been moving closer together over the past millions of millennia. In 2022, two will become one, creating a new single star and a blast that produces more energy than our sun will in its lifetime, and making the object visible to the naked eye.

“The orbit becomes catastrophic at some point, there’s one last loop round, and then one star shreds the other and absorbs a lot of its mass and becomes a new star,” Calvin College Professor Larry Molnar told The Register.

“This causes a huge increase in the amount of energy involved, which blows off the outer portion of the star in a large shock that we see in the nova.”

Professor Molnar has been studying KIC 9832227 for the past four years, ever since hearing about the intriguing binary system at a conference in 2013. He said he’d been inspired by the work of Polish astronomer Romuald Tylenda, who in 2008 detailed observations of a star that showed the signatures of having been formed by a binary collision.

“This was very interesting, so I went looking for others,” he said.

Using his team’s observations and data on the star from the past 14 years, the team produced a model of the star’s orbital pathway two years ago and made predictions as to the path for the binary star. They then spent the next two years trying to look for factors that could futz up the equations.

They were able to rule out evidence of a companion star that would perturb the orbit, and compared the binary star’s orbit with other contacting (when stars form the peanut stage) binary systems and saw the acceleration of KIC 9832227 speeding faster than usual. After two years, the predicted orbits match the model and so in 2022, give or take a year, the team are predicting a new sight in the heavens.

Right now – or rather 1,800 years ago but now that its light has reached us – the two stars are orbiting each other every 11 hours and are conjoined enough to share an atmosphere. The team plans to use the Very Large Array, the Infrared Telescope Facility, and the XMM-Newton spacecraft to study the star’s radio, infrared, and X-ray emission respectively, to record the event.

Predictions in science are notoriously tricky, but Molnar said he was as confident as he could be that the new star would appear on schedule. That said, while seeing the stars merge would be exciting, if his calculations are off that would be just as intriguing. “If we’re right it would mean the science is already done,” he explained. “What’s exciting is what we don’t know.” ®