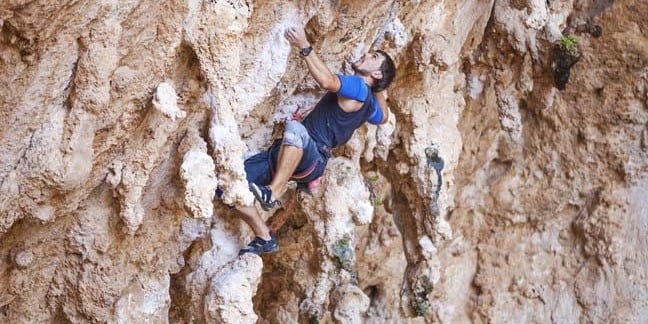 The global, data-aware, variable-length deduplication engine identifies the data that is to be deduplicated. It may be stored in many formats, such as compressed files (e.g. GZ, Snappy, LZO, and so on) or application-specific structures (e.g. RCFile, Parquet and ORC for Hive and Impala or SSTable for Cassandra). Once deduplicated and compressed, the output is saved on to the Talena file system and erasure coded to increase its durability.

Its software is priced as an annual subscription, based on the amount of unique data managed. Chief marketeer Sanjay Sarathy says: "For example, if you have 90TB across three production replicas we charge on the basis of the 30 unique TB that we are backing up, archiving, etc.”

The four founders were:

There was a $12 million A-round of funding in 2015 led by Onset Ventures with participation from Canaan Partners, Intel Capital and Wipro. The four-man board is formed by Nitin Donde, Mark Davis (CEO of now-closed ClusterHQ), Deepak Kamra, a general partner at Canaan, and Shomit Ghose, a partner at ONSET Ventures.

With regard to Datos IO

Talena has 25 customers so far, 15 more than nearest competitor Datos IO. How does Talena's product and technology differ from that of Datos IO? Sarathy gave us seven points of difference: 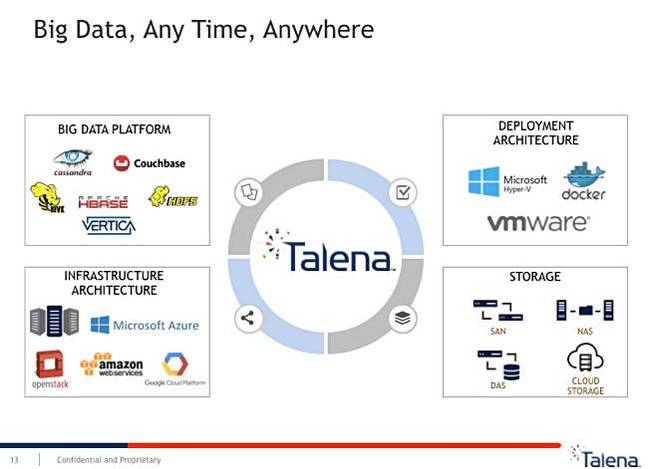 He says there are three main directions on Talena's roadmap. First it will expanding the data platforms it supports. There will be continued investment in their machine learning algorithms to support more use cases, and the third thread is about deepening the compliance story by, for example, adding extra capabilities to its data-masking capability.

Like Datos IO, Talena relies on a detailed awareness of the data workflows and treatment inside the distributed applications it supports. It is inherently not a generalised distributed database/application backup company.

Could existing incumbent backup suppliers extend their data coverage to include distributed, NoSQL-type databases, meaning Commvault, Veeam, Veritas, etc? Yes, obviously, assuming they can understand the data structures and use the app's facilities, such as snapshots. Whether they can scale out like Talena is another matter.

Commvault already backs up MongoDB databases, and Hadoop. Veeam supports MongoDB as does Veritas Backup Exec. But Talena would say that script-level support is not enough and, possibly, that its application-aware deduplication is better than incumbent backup products' technology.

This comparison could rapidly head towards feature tick-list hell, your mileage may vary considerations and other complexities. Best to have comparison bake-offs using your data on your site.

* Talena is apparently an ancient Celtic expression meaning "the rock".

Exclusive Who would have thought the G in G Cloud stood for Gangster?