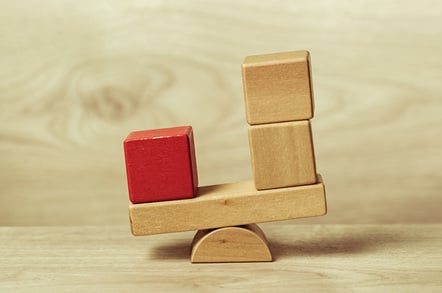 Newly private Rackspace has promised more professional services in support of public clouds and VMware as it enters a tipping point year.

Cotten, with Rackspace for eight years, will now lead global sales – taking over from president of global sales and marketing Alex Pinchev, who will retire. Cotten takes chage on Feb 1.

Cotten will also lead Rackspace’s international business and what Rackspace reckoned are its fast-growing AWS support and Managed Security businesses.

He joined Rackspace eight years ago as a front-line support manager and also ran international operations during a three-year period living in London and Zurich. Before he became president, Cotten ran the AWS support biz.

Cotten vowed to continue the Pinchev plan of support for public clouds, but said he'd add more focus on people.

“I will be looking to shape the professional services portfolio to get the services based on my background,” Cotten told The Reg.

“The other thing I will continue to drive is specialised expertise – we need to a have specialised sales force so they have credentials in the platforms they are supporting - it’s impossible for a seller to know everything.”

Cotten added Rackspace would continue to hire cloud architects, too – experts capable of advising customers on construction and on optimization.

Rackspace’s best opportunity is in what Cotten called the “upper mid market” particularly in refreshing and migrating from VMware clouds.

The senior sales swtich comes as Rackspace enters what it says will be a tipping point year. It belives business from AWS, Azure or OpenStack will become a “meaningful contributor” overall revenue and bottom line.

Rackspace announced Azure support in July 2015 and AWS support in October that year. It was one of the early movers behind OpenStack in 2010.

So, far, though, what they've made hasn't outweighed business from Rackspace's existing hosted business.

That will change in the next 12 months. “We expect in 2017 for that to change, that one of those is big and meaningful and growing fast enough that a good sales month will move the needle in tens of points for the overall company," Cotten claimed.

Rackspace went private November 2016 after eight years as a listed company. It was bought for $4.3bn by of funds managed by Apollo global Management.

The deal came two years after Rackspace gave up looking for a way out working with Morgan Stanley and Wilson Sonsini Goodrich and Rosati.

Rackspace had been the mulling offers to buy it in the face of flat profits despite growing revenue but gave up following storing quarterly performance.

Cotten denied the change signified Apollo trying to assert control, insisting his appointment was an indication of the opposite – of Apollo’s faith in the talent Rackspace has as he’d had to pass muster to become president.