Turn your PC into a green-eyed monster 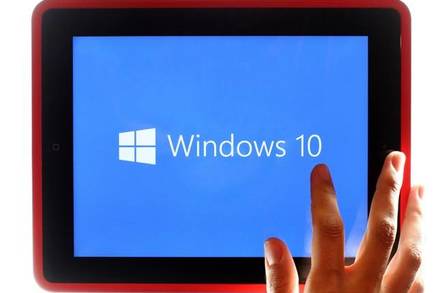 Redmond has released Windows 10 Insider Preview Build 15002 – one of the biggest updates to its cloudy operating system – ahead of the release of the Creators Update later this year.

There's a whole host of upgrades and additions in the new build, but one that will be immediately noticeable to developers is the axing of the traditional Blue Screen of Death whenever the operating system throws its toys out of the playpen. Now it will be green.

"In an effort to more easily distinguish Windows Insider reports vs the reports of those on production builds, we've updated the bugcheck page (blue screen) to be green," Microsoft said in the build's release notes.

"Released versions of Windows 10 will continue to have the classic blue color, including the final release of the Windows 10 Creators Update."

However, there's a lot more to Build 15002 than that. The update includes major updates for Edge, Cortana, disabled users, and other improvements.

Edge: The browser now has a tab preview button to allow scrolling through tile images of the web pages on each tab, and a clear all button has been added. There's a new UWP architecture for Microsoft Edge's multi-process model; Flash is disabled by default on the browser; and support for web payments is included via the browser's new payment request API.

Shell changes: Click on the start button and you get a list of start tiles on Windows 10, but the new build allows these to be stuffed into folders of similar items. There's a new share screen to make passing files around other Windows users easier, and support for high-DPI apps is also included.

Patches: If you're bothered by Windows pestering you to install software updates, this may cheer you up: according to Microsoft, you'll be able to "pause updates on your computer for up to 35 days" and "decide whether or not to include driver updates when you update Windows." This feature will only be available on Professional, Education, and Enterprise editions of Windows.

Screen captures for OneNote: Screencaps can now be focused on a smaller area, so you don't need to grab the whole page for notes. Page resizing and rescaling have been smoothed out; VPNs can now be started in network flyouts; and developers can customize their app notifications, including ignoring time stamps.

Cortana: Microsoft's digital assistant is now going to be more precocious in suggesting commands for particular apps, once they have been launched before. Recurring reminders can also be set up so that, for example, a rent/mortgage reminder pops up every 30 days.

Accessibility: Windows users with physical disabilities should find it easier to set up the new operating system thanks to improved voice commands, although Microsoft acknowledges this is a work in progress. Braille support is now included, and Redmond has improved narration features, which should make life easier for the visually challenged. A new opaque backing for text can be set up to make enlarged characters easier to read.

Defender: The security suite for Windows has been given an extensive bug fix, has more options for ordering a system scan on the fly and a new refresh Windows. This is designed for people who want to reinstall the OS quickly to fix problems – although this will remove some apps, which will need reinstalling.

Settings: The settings page has a revamp intended to make it easier to change screen colors and add more that are personalized by the end user. There's a new settings page for the Dial hardware announced at the Surface Studio launch.

There are a lot more developer-specific tweaks in the new build and it's clear Microsoft is preparing for something major with the Creators Edition. Let's hope it causes fewer crashes than the Anniversary Update. ®