Upstart sees move as less important than HDD to flash change, though 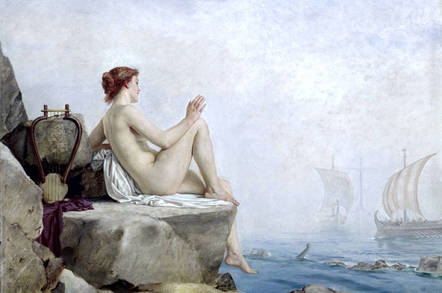 Interview El Reg has been quizzing array vendor after array vendor on their views about the technology change from SAS/SATA to NVMe flash drives and to NVMe over Fabrics array access. Today it's the turn of Tintri, and it thinks NVMe is an important technology watershed, but not as huge as the change from disk to solid state storage – the first such vendor to utter this thought.

We talked with Tintri cofounder and CTO Dr Kieran Harty, and this is how the interview went:

Controllers must be provisioned with a minimum number of SSDs to achieve BOTH capacity and fault tolerance design goals.

El Reg Must we wait for next-generation controllers with much faster processing?

While there will be some benefit to adding NVMe drives to current controller technologies, it is unclear if the general population will see this benefit in the short term.

Kieren Harty Yes and no. Affordable dual-port NVMe drives will increase adoption of NVMe in flash storage systems. Any current pricing difference relative to current SAS/SATA SSDs is due to market segmentation, and we believe the gap will close as NVMe becomes more mainstream.

El Reg What does affordable mean?

Kieren Harty Some are more ready and willing than others. Early adopter customers are likely to use NVMeF to satisfy Tier 1 high-performance application requirements. It can also be a big opportunity in environments that are Fibre Channel, as customers who are currently invested in hardware infrastructure today are more apt to make an early transition to NVMe over fabric. We believe that Ethernet will become the de facto data fabric in data centres moving forward, and NVMeF will play an important part, along with NFS and SMB, in getting there.

Advanced congestion management is a key advantage of Fibre Channel, however this advantage will diminish and may not be a showstopper as NVMeF provides the benefit of a lightweight storage protocol combined with 40Gbit/100Gbit Ethernet networks, and will mature with additional functionality over time.

Kieren Harty It depends on the architecture. Just as routability is needed today for networks connecting hosts and storage, routability will be necessary for nearly all applications running NVMe over fabric. As an example, for an architecture where a cluster of storage controllers is attached to a cluster of storage shelves over a fabric, L2 routing is mostly sufficient. Some other architectures will need more routing capability.

El Reg Could we cache inside the existing array controllers to augment existing RAM buffers and so drive up array performance?

Kieren Harty Yes, caching is one of the most timeless technologies, and every storage system does some form of caching. As long as there are different storage mediums with different cost and performance characteristics, caching will continue to be an effective tool. With much faster storage media like flash, the choice of what to cache and how becomes more critical and complex. And careful system design has a big payoff.

El Reg With flash DIMMs, say? Or XPoint DIMMs in the future?

Kieren Harty Yes, one interesting aspect is that Storage Class Memory technologies are non-volatile and provide the opportunity to accomplish more than caching.

A new and creative type of architecture needs to carry over to fully utilise Storage Class Memory. The sophistication of how it is used feeds back into the payoff. A naive adoption, say merely as a data cache, will not have a big payoff.

El Reg Does it make sense to have an NVMe over fabrics connection to an array that is not using NVMe drives?

Kieren Harty Yes, leveraging NMVe flash drives in the storage controller and deploying NVMe over fabric can be thought of as independent optimisations to application performance. In one case, NVMe provides lower latencies between the controller and the storage backend (or shelf), and in the second case, NVMeF provides lower network latencies connecting host applications with storage.

Additionally, NVMeF provides the benefit of CPU offload with RDMA capability, leaving processors to more efficiently manage the software stack. Customers who choose to deploy NVMe optimisations for the drives and the network will benefit the most in terms of performance when, depending on the architecture, an even shorter path for data transfer can be provided.

El Reg When will NVMeF arrays filled with NVMe drives and offering enterprise data services be ready? What is necessary for them to be ready?

Kieren Harty Primary storage arrays with NVMe drives will begin to appear in 2017. If enterprise-level NVMe drives are not at price parity with SAS/SATA, adoption of these arrays will be slower. Expect NVMe storage arrays to be positioned for high-performance applications and priced at a premium until the economics make sense for the broader range of enterprise applications.

How important is NVMe? Harty offered this thought: "The NVMe standard is a demonstrable technology improvement over the SAS/SATA interfaces used in most highly available storage products, which we believe will deliver improved performance and density. NVMe will be supported by Tintri and nearly all storage vendors. However, NVMe will not be as game changing as the industry's transition from HDDs to flash."

He thinks: "Storage vendors will attempt to adopt this new technology as an incremental improvement, but it is not clear that NVMe will delay companies from moving their business to AWS and multi-cloud solutions."

"Tintri is actively working on the technology and will support NVMe, but we are more focused on delivering key customer capabilities for deploying Enterprise cloud."

That suggests to us that Tintri is developing technologies for storage workloads to be provisioned and managed within private clouds as they are inside public clouds – and probably enabling hybrid cloud operation as well. ®