Our records show that you ... stop shouting sir 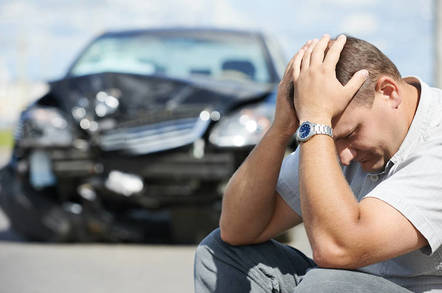 Former staffers at a Cardiff-based car rental company have been sentenced for conspiring to steal customer information to sell to ambulance chasers.

The details were then used by a number of companies who unlawfully contacted members of public in ambulance chasing cold calls about personal injury claims, in a scheme that ran for almost two and half years.

Andrew Minty, Jamie Leong and Michelle Craddock, who at various times worked for Enterprise-Rent-A-Car in Cardiff, Wales, or Aldershot, England, all pleaded guilty at Winchester Crown Court this week to conspiracy to commit offences under the Data Protection Act.

Minty was fined £7,500, which he has to pay within two years or face three months' custody. Leong and Craddock, who had less involvement in the conspiracy and had either paid greater amounts of damages or been affected more by previous civil proceedings, were given 12-month conditional discharges but ordered to pay £3,000 and £1,200 in prosecution costs respectively.

The criminal proceedings were brought by the Information Commissioner's Office, although the business itself has previously issued civil proceedings against the defendants, who were collectively forced to pay Enterprise-Rent-A-Car £400,000 in civil compensation.

Steve Eckersley, ICO's Head of Enforcement, said: "Car rental companies have details of drivers who have been in a road accident and need to hire a vehicle whilst theirs is out of action. These details are valuable leads to companies which make money from encouraging accident victims to make claims.

"This prosecution was the result of an ICO investigation brought about after Enterprise found out what was happening," continued Eckersley. "These individuals had a long running agreement to abuse the trust placed in them to look after precious personal details. The problem of data thieves trading personal information is very concerning and one we’re cracking down on."

A fourth defendant remains wanted on a warrant. ®