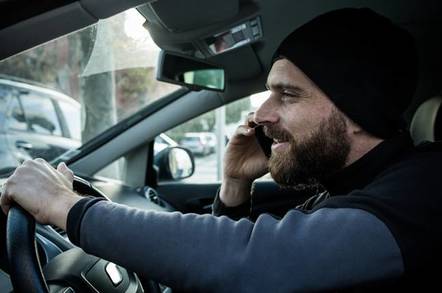 A family is suing Apple after their five-year-old daughter was killed by a driver allegedly distracted at the wheel with a FaceTime call on his iPhone.

On Christmas Eve, 2014, the Modisette family was driving down Interstate 35W in Texas when a car accident up ahead brought traffic to a standstill. They stopped, but behind them Garrett Wilhelm was on a FaceTime call and didn't spot the gridlocked traffic ahead, it is claimed.

Wilhelm's Toyota 4Runner SUV plowed into the Modisette's vehicle at 65mph and rolled slightly over it, seriously injuring all four family members. The Modisette's daughter Moriah, who was in her booster seat at the time of the crash, later died from her injuries in hospital.

Texas highway patrol claimed its officers found Wilhelm's phone still on the FaceTime call in the wreckage. The 22-year-old has been charged with manslaughter and an unrelated theft charge. His trial is due to open in February. In the meantime, the Modisette family has decided to seek redress against Apple for what they see as its alleged role in the crash.

This might seem somewhat desperate, but bear with them: it all boils down to Apple's fondness for patents. The family's court papers [PDF], submitted late last month in Santa Clara, California, note that in 2008 Apple applied for a patent for technology that might have saved Moriah Modisette's life. The patent described a system for locking a smartphone when the sensors detect it is being used in a moving vehicle.

"New laws are being written to make texting illegal while driving," the US 8,706,143 B1 patent reads. "However, law enforcement officials report that their ability to catch offenders is limited because the texting device can be used out of sight (eg, on the driver's lap), thus making texting while driving even more dangerous. Texting while driving has become so widespread it is doubtful that law enforcement will have any significant effect on stopping the practice."

The patent was granted in 2014, although Apple has yet to build it into its iPhones – and in this case, the 6S Plus that Wilhelm owned. This constitutes gross negligence and intentional infliction of emotional distress by the world's most valuable company, the lawsuit claims, and the Modisette family is seeking damages and the payment of their medical and legal fees.

While it's perfectly understandable to sympathize with the Modisette family, it's hard to guess how this case will stand up in court. There are plenty of third-party apps that are designed to stop mobile use while driving. While Apple hasn't introduced such a feature yet, it seems difficult to pin the death of the family's daughter on Cook & Co. ®