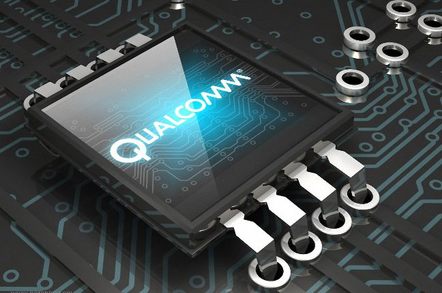 US chip giant Qualcomm is to face a fine of $853m (£696m) for alleged antitrust violations by South Korea's top regulator.

The Korea Fair Trade Commission today reached the decision after a three-year probe of Qualcomm, finding that some of the company’s business practices have violated Korean competition law. The fine is the largest ever levied in South Korea.

Shin Young-son, the commission’s secretary-general, told the media in a briefing that the chip supplier used its market position as a leveraging tool in its negotiations with mobile-phone makers to force them to accept unfair conditions, according to The Wall Street Journal.

Qualcomm said it "strongly disagrees" with the decision which it described as "unprecedented and insupportable" adding that its licensing practices have been in existence in Korea and worldwide for decades.

The chip maker will appeal the KFTC’s decision to the Seoul High Court.

Don Rosenberg, general counsel at Qualcomm said the company strongly believes that the KFTC findings are "inconsistent with the facts, disregard the economic realities of the marketplace, and misapply fundamental tenets of competition law."

He said the findings "failed to take into account Qualcomm's huge R&D investments in fundamental mobile technologies and its broad-based licensing of those technologies to mobile phone suppliers and others have facilitated the explosive growth of the mobile communications industry in Korea and worldwide, brought immense benefits to consumers and fostered competition at all levels of the mobile ecosystem.”

It is not the first time the company has been whacked with fines. Last year China slapped a $975m penalty on the company for alleged antitrust violations, which Qualcomm did not contest.

The company garnered more than $25 billion in revenue in its 2015 fiscal year, of which about 30 per cent stemmed from its patent-licensing business. ®