Drivers and cashiers, it's time to look for a different line of work 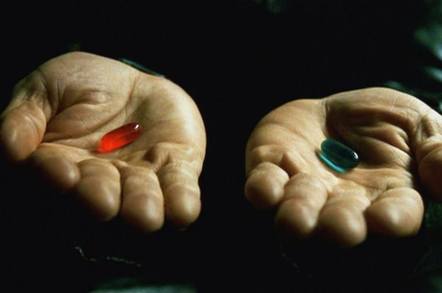 "Accelerating AI capabilities will enable automation of some tasks that have long required human labor," declares Kristin Lee, communications director and senior policy advisor at the White House Office of Science and Technology Policy, in a post heralding the report's publication. "These transformations will open up new opportunities for individuals, the economy, and society, but they will also disrupt the current livelihoods of millions of Americans."

There you have it: There will be opportunity and disruption. We also expect widely scattered light in the morning, followed by a period of darkness.

Beyond that, the future is hazy. It is, as the report acknowledges, difficult to predict. But given taxpayer funding, why not try?

The report does manage to muster some general guidance for policymakers:

Which workers? It would be good to know. The report offers the widely stated claim that routine, low-skill jobs will be the first to go.

"At a minimum, some occupations such as drivers and cashiers are likely to face displacement from or restructuring of their current jobs, leading millions of Americans to experience economic hardship in the short-run absent new policies," the report says.

Minimum here means 9 per cent. The report observes that the predicted percentage of threatened jobs over the next decade ranges from 9 per cent to 47 per cent.

To frame that figure in a larger economic context, it also states that every three months, 6 per cent of jobs are lost through normal economic churn and are replaced by a slightly larger percentage of new jobs.

For policymakers, the salient point is this: At some point, the unemployed, disenfranchised, and impoverished people could storm the barricades. The report recalls the Luddite Riots of the early 1800s, when skilled craftspeople reacted to the mechanization that allowed less-skilled workers, aided by machines, to compete with them.

In the 19th century, the diminished prospects of skilled craftspeople were balanced by the rising income among lower-skilled workers, and output per hour rose.

In the years to come however, the report suggests that the outcome may well be the opposite. Where the Industrial Revolution ultimately helped raise living standards for lower-skilled workers, the AI Revolution looks as if it will benefit highly trained workers, to the detriment of the less capable.

"One possibility is superstar-biased technological change, where the benefits of technology accrue to an even smaller portion of society than just highly skilled workers," the report says. "The winner-take-most nature of information technology markets means that only a few may come to dominate markets."

The situation might be likened to that of the Titanic, which had lifeboats – just not enough for everyone.

That's just a possibility. But looking at the concentration of wealth in America, the trends don't appear to favor the passengers in steerage.

The paper's policy recommendations are simple. Continue investing in AI, because it holds incredible potential for activities like fraud detection, transportation, and getting rid of costly employees. Educate and train Americans for the jobs of the future, because the alternative is a lot of unmarketable labor.

And modernize the social safety net, because some of us may be destined for a lot of leisure time. ®