Capita is STILL the BIGGEST tech services supplier to UK.gov 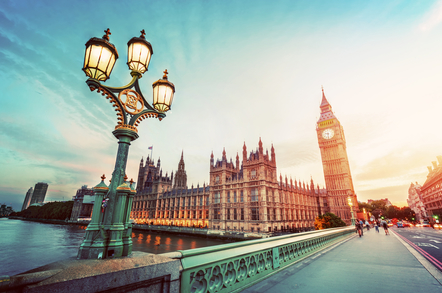 Despite all the mini fires burning at beleaguered Capita, the much maligned outsourcing giant remained the UK's biggest public sector tech services supplier in 2016 as revenues swelled to £1.9bn.

An annual report by analyst TechMarketView found the firm that everyone loves to hate increased top line sales 5 per cent year-on-year, giving it a 50 per cent share of government spending in the area.

Concerns have been raised around Capita's performance record given some reported issues yet the firm continues to do well within the public sector.

Although a recent report by Barnet council into its controversial £322m 10-year outsourcing deal with Capita found the service was plagued by "performance issues" particularly within IT, it found the deal yielded "significant savings".

The total market for the top 20 IT suppliers was worth £10.7bn, up three per cent on the previous year - showing that despite continued austerity the good times are still here for some suppliers.

HPE was the only other major player to post public sector revenue above £1bn, however this is largely due to its Enterprise Services operation which will be operating under the CSC brand after March.

Capgemini's revenue fell by 27 per cent to £749m - mainly due to the changes around HMRC's mega £10bn Aspire contract.

The research found that half of the suppliers suffered a decline in their UK public sector revenues in their last financial year. It also noted that despite its growth, Capita faced unprecedented challenges in 2016.

In September, Capita issued its first ever profit warning, predicting organic growth for the business as a whole of just 1 per cent in 2016.

Georgina O'Toole and Tola Sargeant, authors of the report, said:

"[Capita] is facing a perfect storm of problems including delays to its TfL contract implementation, potential litigation from Co-Op Bank, underperforming businesses (reselling and recruitment)."

Capita embarked on a "much-needed" restructuring programme to reshape and simplify the organisational and management structure.

"The new structure comprises six operating divisions, rather than eleven, including three that are particularly relevant to us: Public Sector Partnerships, Digital & Software Services and IT Services."

Overall the top 20 suppliers have "worked hard on improving their growth prospects — working on changing perceptions at the Cabinet Office" the authors stated.

Back in 2011 former Cabinet Office minister Francis Maude vowed to break the IT supplier oligopoly. However, it seems little has yet changed in that time with a number of departments having extended their existing contracts with the old guard.

In central government, a total of £6.3bn was spent with IT suppliers during the year 2014/15 – with 42 per cent going to just three of them, according to government data shared with The Register earlier this year.

Sixty-five per cent of the total figure was hoovered up by 10 suppliers, with HP coming top at £1.2bn, followed by Capgemini at £861m, and BT at £561m, according to our analysis of Cabinet Office data from the National Audit Office. ®