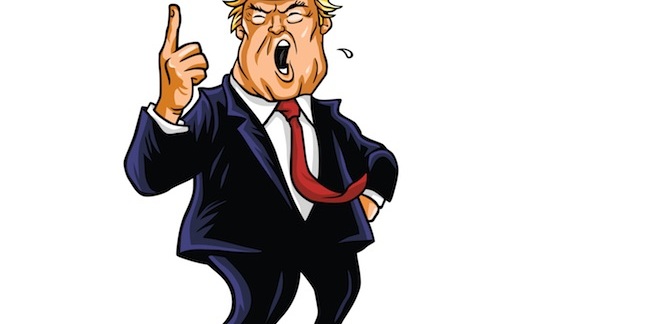 An Oracle employee and anti-Donald-Trump activist has quit the company over co-CEO Safra Catz's decision to join president-elect Donald Trump's transition team and her expression of Oracle's intention to support his policies.

George A. Polisner, who for the last four years has worked in Oracle's managed cloud services team, took to LinkedIn to take exception to Catz's widely-reported statement that “I plan to tell the President-elect that we are with him and are here to help in any way we can.”

In his post, Polisner opposes Trump's plan to radically change Social Security and Medicare, says the president-elect “stokes fear, hatred and violence toward people of color, Muslims and immigrants” and therefore can be held responsible for an increase in hate crimes.

Trump's tax policies come in for criticism as increasing both the United States Government's budget deficit and (unhelpfully) the concentration of wealth in the nation.

“I am not with President-elect Trump and I am not here to help him in any way,” Polisner wrote. “In fact –when his policies border on the unconstitutional, the criminal and the morally unjust –I am here to oppose him in every possible and legal way.”

“Therefore I must resign from this once great company.”

Polisner's LinkedIn profile includes a stint as “Chairperson, State of Oregon Democratic Coalition Against Trump”. So this is not a case of a previously-unaffiliated Oracle staffer finding their employer's activities abhorrent and taking a stand.

Nor is it a case of the technology industry rising up against Trump: the IBM staff petition we reported on yesterday still records “100 signatures reached”. The next milestone is 500 signatures.

Many of Trump's policies, notably the planned register of Muslims, will require considerable information technology expertise and resources. At present, it looks like the industry won't be an obstacle to the president-elect's aspirations. ®

Jeff Bezos tells shareholders to buckle up: Amazon to blow this quarter's profits and more on coronavirus costs