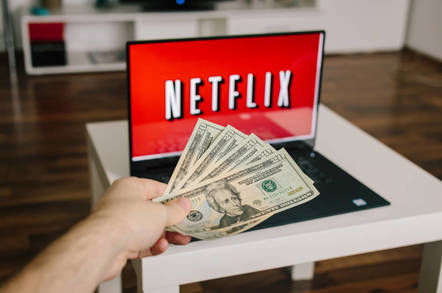 The feed was taken over by a hacking group, OurMine, who used the hijack to promote its website and invite Netflix to get in touch. The social media team running the Netflix US Twitter account, which has 2.5 million followers, got off easily.

Previous account takeovers have been used to spread fake news or, in other cases, propaganda related to the war in Syria.

"Don't worry we are just testing your security," one of the since-deleted tweets posted to the Netflix account said, the BBC reports. El Reg has invited OurMine to comment on how and why it hijacked the Netflix US Twitter account but we’ve yet to hear back.

It's reasonable to think the Netflix's social media team hadn't enabled two factor-authentication, the best defence against these types of shenanigans, on the account, but this remains unconfirmed.

The @Netflix feed was restored to normality by Wednesday afternoon and is back promoting TV shows available through the service. ®