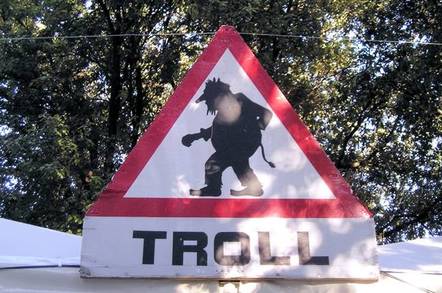 Apple on Tuesday filed an antitrust lawsuit against Acacia Research Corporation and Conversant Intellectual Property Management, alleging that the two "patent assertion entities" have colluded with Nokia "to extract and extort exorbitant revenues unfairly and anticompetitively from Apple" and other companies.

Apple has made its own patent claims against supposed infringers. Recently, the US Supreme Court rejected a $399 million damage award won in litigation against Samsung for design patent violations. A lower court will now have to reevaluate the proper penalty.

But Apple contends that in supporting Acacia's and Conversant's patent claims, Nokia has violated commitments made to license standard essential patents ("SEPs") under fair, reasonable, and non-discriminatory ("FRAND") terms.

Nokia's failure to compete in the mobile phone market led it to seek revenue through litigation, Apple argues in its complaint.

"Unable to compete with innovative companies such as Apple – which had developed a revolutionary hardware and software platform – Nokia quickly transformed itself," the complaint says. "It changed from a company focused on supplying cell phones and other consumer products to a company bent on exploiting the patents that remain from its years as a successful cell phone supplier." 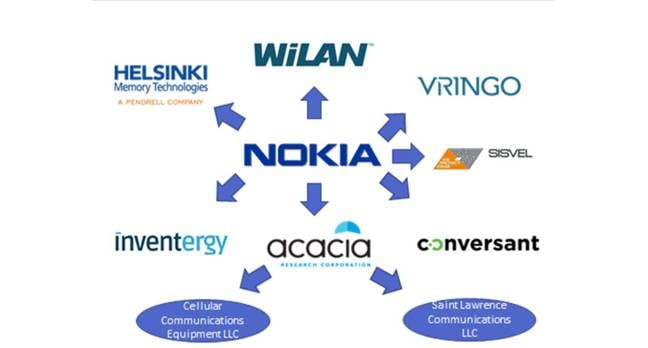 Apple contends that Nokia has enlisted the defendant companies to sue it because they produce nothing, thereby limiting the potential for counterclaims, and because they benefit from the asymmetry in discovery and related litigation costs.

Complaints from technology firms about the need for patent litigation reform have been raised for years, but modest adjustments to the law over the past few years haven't put an end to abusive patent claims.

There may, however, be significant change next year. Last week, the Supreme Court said it will hear TC Heartland v Kraft Foods, a case that could limit one of the most pernicious aspects of patent litigation – the ability of patent assertion entities to bring claims in courts of their choosing.

Nokia responded on Wednesday by suing Apple in Germany, alleging the violation of 32 patents.

Nokia said in a statement posted on its website that Apple, after licensing some Nokia patents, has refused subsequent offers to license others.

"Through our sustained investment in research and development, Nokia has created or contributed to many of the fundamental technologies used in today's mobile devices, including Apple products," said Ilkka Rahnasto, head of Nokia's patent business.

"After several years of negotiations trying to reach agreement to cover Apple's use of these patents, we are now taking action to defend our rights."

In an email to The Register, Nokia spokesperson Mark Durrant said the company has just learned of Apple's action against Acacia and Conversant and is reviewing the complaint. Nokia's lawsuit, he suggested, was coincidental rather than a counter-strike.

"The Acacia action is unrelated to our own complaints against Apple, which we began filing today," said Durrant. ®