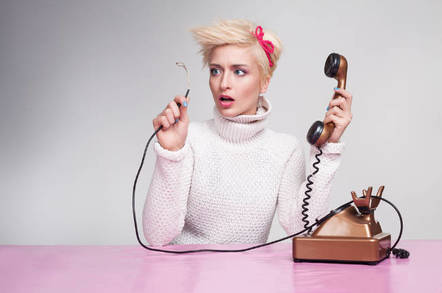 BT and Plusnet have once again topped Ofcom's quarterly whinge list for the most complained about broadband providers between July to September.

Out of every 100,000 customers, BT received 36 complaints, while Plusnet (also owned by BT) received 30. The least moaned about was Sky, with just seven.

The former state monopoly has vowed to improve its customer service record. It recently announced it will hire 500 call centre staff to tackle complaints on top of 1,000 additional staff in UK and Ireland by the end of March 2017.

On average, each week 14,000 consumers and small businesses waited longer than they should for broadband and phone line repairs and a further 11,000 experienced late installations, according to Consumer Advice.

Vodafone was by far the most complained about mobile operator at 18 complaints, followed by TalkTalk and Virgin Mobile which received eight respectively.

All of the providers showed an increase in complaints for the three months to September.

Lindsey Fussell, director of Ofcom's consumer group, said: “We won’t stand for complacency when it comes to customer service. We expect providers to make it a top priority and work hard to better serve their customers.

“If companies let their customers down, we will step in and investigate, which can lead to significant fines.” ®