'Upset' Linus Torvalds gets sweary and gets results 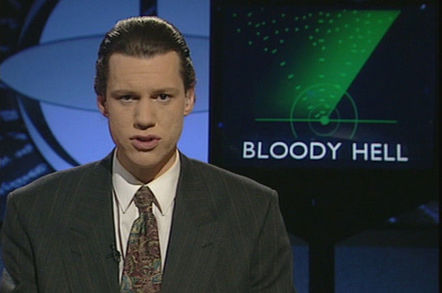 Linus Torvalds has unleashed a little ripe language on the Linux Kernel Mailing List, and quickly got results for having done so.

“This piece-of-shit branch has obviously never been even compile-tested”, Torvalds wrote after receiving a pull request for some fixes to the KVM hypervisor that it was hoped might make it into Linux 4.10.

Torvalds' ire looks justifiable, as the code he was asked to review included errors that the contributors added to their own branch.

“Am I upset?” Torvalds asked on the list, answering “You bet I am. Get your act together. You can't just randomly revert things without checking the end result.”

The developers, who we shan't name here to spare more blushes, quickly 'fessed up to their errors, apologised to each other and the world at large, then seem to have decided their code can wait until Linux 4.11, which will probably land around April or May 2017.

Torvalds occasionally uses strident language on the list and has been criticised for making it a hostile workplace by doing so. His counter-argument is that Linux and the list are meritocracies in which mistakes will get the comments they deserve and that developers need to suck it up if they find themselves on the end of harsh criticism. As debate about his behaviour evolved, Torvalds created a Code of Conflict that ended with “Try to keep in mind the immortal words of Bill and Ted, 'Be excellent to each other'."

On this occasion, a few words not in that spirit seem to have quickly done the trick of fixing some totally bogus code. ®