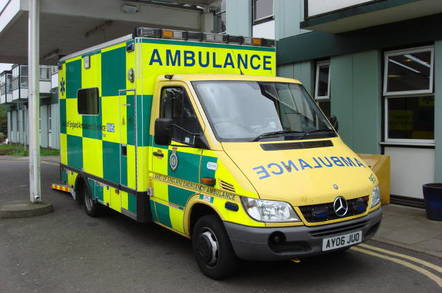 MPs have suggested restricting access to sites which encourage self-harm or give detailed advice on methods for committing suicide as a means of tackling the "unacceptable" level of suicide in the nation.

Over 6,100 deaths in the UK in 2015 were registered as suicides, though the actual number may be higher. While MPs placed much blame at the feet of government, they claimed there was also much to be done by internet providers and social media companies too.

Ahead of the government delivering a new suicide prevention strategy early next year, the House of Commons health committee delivered its interim report into suicide prevention [PDF], which noted that "the internet provides the means for individuals to easily access information about suicide methods".

Participants in a recent study by the University of Bristol exploring the impact of the internet on suicidal behaviour “discussed how exposure to suicide content, including reading about others’ suicide or suicide attempts, had served to validate or justify this as an acceptable option/legitimate course of action".

"However," the committee reported, "while the internet is a source of potential harm, it can also be a source of benefit."

Evidence the MPs received from Dr Ann John, of Swansea University, explained how "online communities can be quite supportive. It is not all bad, particularly for vulnerable groups like young people from LGBT communities, to be able to express these thoughts but then be encouraged to seek help. It can be a positive thing."

The MPs recommended that the government's "refreshed suicide prevention strategy should include a commitment by the Government to work with internet providers and social media platforms to consider what changes should be made to restrict access to sites which encourage self harm or give detailed advice on suicide methods". ®

In the UK and Republic of Ireland, the Samaritans maintain a free-to-call helpline number on 116 123. Hotlines in other countries can be found here.

Analysis Code can work out if you're close to topping yourself